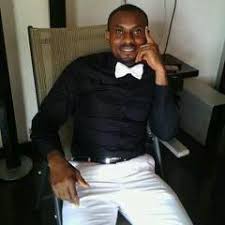 Last night the Federal Minister of Information, Alhaji Lai Mohammed was on the National Television, the NTA, ostensibly to educate Nigerians on what the Buhari government has done to pacify the EndSars Nigerian Youths protesters.

Maybe due to the weight of the subject or the scare most the government people have received since the protests started, Mr. Lai Mohammed, looked pale and sickly. He was beside himself without his usual gift of sophistry. And he, of course, laboured hard to do justice to the topic.

I was not convinced in the least. I do not know about you.

During the course of the programme, Alhaji Lai kept repeating the fact that the government had granted all the requests of the protesters and yet they have refused to leave the streets and allow for a free flow of human and vehicular traffic.

He even went as far using the unfortunate incident at Osun State involving Governor Gboyega Oyetola as a case study that the protests have been hijacked by what he called, ” the enemies of the country”. And he, like other highly placed Nigerians and the beneficiaries of the lopsided system Nigeria operates, is frantically looking for the the sponsors of the EndSars Movement.

In a note of resignation, Lai Mohammed who eventually occupied a major portion of today’s Radio Nigerian news with his preachment on the futility of continuing with the protests, asked, “What do the protesters want?”

I will answer him right away.

Mr. Lai Mohammed, Nigerian Youths are tired of the system that has made Nigerians fugitives, refugees, and victims of government insensitivity, in their own country. And there are thousands of reasons for such a protest to go on and on.

While the problem did not start with the Buhari government but an objective analysis of his administration will reveal a sinister plot of the gradual *Northernization* of the Nigerian Federation.

Never in the history of this country has a President been this insensitive to the plight of Nigerians. Nor is there any comparison in our history of the kind of ethnic agenda the Buhari government is a champion of.

4 Monica Dongban-Mensem, President of the Court of Appeal *North*

7 Boss Mustapha, Secretary to Government of the Federation *North*

This is in conjunction with numerous Permanent Secretary and Director positions in the Civil Service. Not to talk of choice ambassadorial postings

Are you aware that both the Chairmen of the Senate and Reps committee on the Army and the Airforce are from the *North?*

We are not done yet. Look at that list again and you get the worst shock of your life.

I will help you out again.

If you look at the list once more, you will see that:

*are all headed by the people from the North*

Buhari has *captured* Nigeria for his people.

What Othman Danfodio could not do with his sword. What Ahmadu Bello failed to achieve despite his aristocratic posturing. What IBB never contemplated even with his guile. What Abacha never thought of with his brashness and devil may care attitude.

*But Buhari has done it.*

And will someone inform Mr. Lai Mohammed that none of the federations that were structured the way Nigeria is now ever lived to tell their stories?

If President Buhari cannot guarantee the fulfilment of these demands in record time, then let him resign and go home.

In the meantime, *Let the Protests go on. Nigeria belongs to the Youths!*