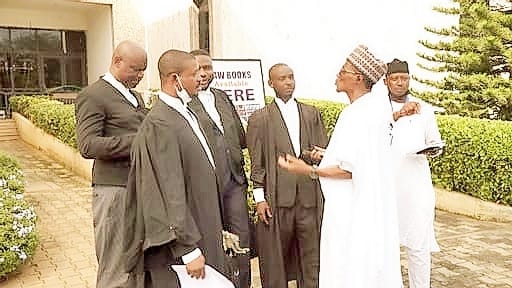 A Federal High Court in Abuja has adjourned till January 20, 2022 hearing on the suit filed by the Coalition of Northern Groups (CNG) seeking a referendum to determine the fate of Biafra and other self-determination agitations.

It was noted that CNG had in June, sued the National Assembly, and the Attorney General, asking the court to compel the defendants to halt the ongoing constitutional review exercise and in its place, conduct a referendum to determine what determines Nigeria and who populates it.

The case was adjourned on Monday in Abuja after the court before Justice Inyang Ekpo could not sit the same due to official assignment.

Speaking to journalists on Monday after the adjournment, the spokesperson of the CNG, Abdul-Azeez Suleiman, noted that the court could not sit and the suit was subsequently adjourned to 20th January, 2022.

The CNG said instead of constitutional review, the defendants should immediately provide a framework for the actualization of agitators’ demand on self-determination.

He said: “What we are doing is to save the country, ourselves and the future of the country because these peoples are becoming violent already. And most of the people engaged in this activity are below 50. So if we allow our leaders of today to go and leave us with these people in this situation, there may be another bloodshed or civil war. That’s what we want to avoid, which is why we come to the court to interpret the situation.

“One of the issues for determination in the substantive suit has to do with the legal obligation of the 2nd – 4th defendants/Respondents to provide a framework that will pave the way for the self-determination of the South-eastern states and any other enclave that wants to go so as to leave the geographical entity called Nigeria before any further step is taken to review the Constitution”.

The suit, filed by the plaintiffs and leaders of the group, Nastura Ashir Shariff, Abdul-Azeez Suleiman, Balarabe Rufa’i and Aminu Adam, joined the Attorney-General of the Federation, Abubakar Malami; Senate President, Ahmad Lawan; Speaker Femi Gbajabiamila and the National Assembly as defendants.

Group of Igbo Lawyers came to Abuja Court demanding to be joined in the suit .The case is getting interesting and will continue full time by early next year.