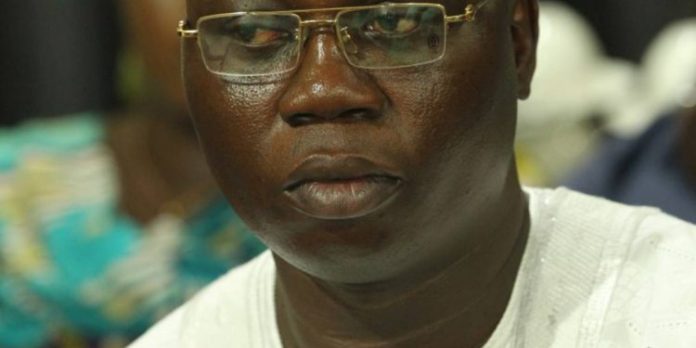 The Aare Ona Kakanfo of Yorubaland and National Coordinator of the Oodua Peoples Congress (OPC), Iba Gani Adams, has written a letter to the Attorney-General of the Federation (AGF), Abubakar Malami (SAN), over the Federal Government’s declaration of the South-West’s ‘Operation Amotekun’ as illegal.

In the letter dated January 15, Adams stated that the right to preserve and protect life can never be in the exclusive list of any government.

He said that the AGF’s declaration against the governors who were elected, not selected or appointed, is against the spirit of the 1999 Nigerian Constitution (as amended).

Adams also condemned the AGF over his threat that the full course of the law would be applied to anybody promoting the Amotekun security initiative.

“It is unfortunate that rather than praise the governors, you are condemning their action, thereby strengthening the hands of those who believe the Federal Government is against some sections of the country,” Adams said in the letter.

“As a lawyer and a Senior Advocate, you should know that you are not the law. You are only the Attorney-General, not a court.

“It is only a court of competent jurisdiction that will decide if what an individual, group of individuals, an entity or a state does is legal or otherwise.

“So, it is only a court that can invalidate the South-West joint security initiative, not you.

“I want to establish this fact that the Yoruba have a right to protect themselves from attack or violence of any sort.

“Issues of security is highly sensitive, and we can now understand where the threat is coming from. It is unfortunate that the FG is doing everything to frustrate the southwest governors’ efforts.”