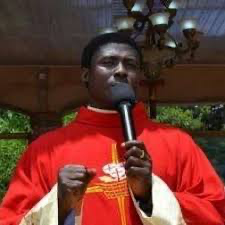 Rev Fr Emmanuel Obimma (aka Ebube Muonso), the Spiritual Director of the Holy Ghost Adoration Ministry, Uke, in Idemili North, Anambra State, has forecasted a shock result as the final outcome of the November 6 state governorship election, saying it will deviate from the expected result.

In an exclusive chat with Daily Sun on Monday, Ebube Muonso declared the coming election would end up as a surprise, given the political party and individual that would emerge the winner.

The Charismatic Catholic priest said that some parties and their candidates would end up wasting money on lawyers and lawsuits following the current disagreements in the major political parties over candidacy.

‘Nobody should dispute what the Holy Spirit is saying because, as you can see, there are agitations and internal crisis in virtually all the major political parties. The leadership of political parties has succeeded in creating an atmosphere of confusion, which will ultimately enrich the lawyers and the court.

‘Anambra State is pregnant. Somebody that will emerge as governor will be a surprise to many. The internal party fracas will definitely affect many parties. In the coming election, there will be a lot of apathy, dissension and acrimony. Supporters of some political parties will work against their parties. That is where the expected outcome of the governorship election will be affected.’