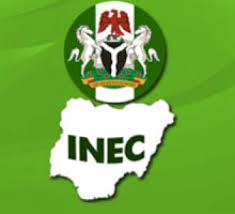 •Controversy is trailing the primary as INEC and aspirants insist the event did not hold.

The Independent National Electoral Commission (INEC) has spoken up about the controversial primary election of the All Progressives Congress (APC) in Anambra State.

INEC spokesperson, Festus Okoye, told our Reporter that the Commission received a damning report on the APC primary from its officials.

Mr Okoye, however, said top officials of the electoral body were yet to meet to consider the document and take a decision.

“The Commission has not taken a decision on the issue. A political party may conduct primaries and refuse to upload the list and personal particulars of its candidates,” he said.

Mr Okoye spoke just as INEC ends the uploading of the list and personal particulars of nominated candidates today (9 July).

The governorship election in Anambra State has been fixed for 6 November.

The INEC spokesperson said the 18 registered parties interested in contesting the November 6 governorship election gave the commission the statutory 21 days notice of their intention to conduct primaries, adding that its officials monitored the primaries of the parties that gave the required notice and issued reports.

All the parties complied with the June 10-July 1, 2021 timetable for the conduct of primaries.

“The Commission has not disqualified any candidate. The Chairman of each of the parties will be given the access code to the INEC party nomination portal. The uploading of the list and personal particulars of nominated candidates will end on the 9th July 2021.”

The APC said it conducted its primary election on 26 June at Golden Tulip Hotel, Agulu Lake in Awka, the state capital, during which a former senator, Andy Uba, emerged winner, beating 13 other aspirants.

Mr Abiodun said the total vote cast was 348,490, adding that the committee adopted the open ballot mode also known as Option A4 to conduct the primary election.

But INEC officials deployed to monitor the exercise said the APC did not conduct any primary contrary to the claims by the party’s electoral panel.

In their report obtained by our Reporter, the officials of the electoral body said they witnessed no voting or accreditation of voters.

The report said although there were large turnouts of APC members at voting centres, the party’s election officials failed to show up to conduct the exercise.

It also said besides accreditation and voting, INEC monitors did not witness collation of results at the collation centres.

“While members of the party were seen waiting at designated voting centres, party electoral officials were not available at the voting centres.

“The monitors deployed by the Commission noted that APC election officials did not arrive at the designated voting centres between 8a.m. and 5:30p.m., thus accreditation and voting did not take place during the period.

“No resolutions nor decisions were made at voting centres monitored because of the unavailability of the election officials between 8.00a.m. and 5.30p.m. when the Commission’s monitors were deployed,” part of the report read.

The report also said electoral materials were not available at the APC voting centres up to 5:30p.m. when monitors withdrew from the field.

“Contrary to the provisions of Section 5 of the Guidelines for the Conduct of Direct Primaries used by APC, accreditation of party members did not take place in any of the voting centres in Anambra State, up to the time INEC’s monitors were recalled by 5.30p.m

“The Commission’s monitors did not witness accreditation, voting, counting of votes collation or declaration of result at the voting centres and collation centres up till 5:30p.m. when the monitors were recalled.”

The spokesperson for the aspirants, George Moghalu, had in a press conference in Awka, said in all the 326 electoral wards of the state, people came out to vote, but that none of the APC team saddled with the responsibility of conducting the primary and the INEC officials were seen.

Another member of the party and minister of labour and employment, Chris Ngige, corroborated the position of the aspirants.

In a statement on 26 June, the minister said as of 4.25pm that day, there was no sign of any primary going on at his native Alor, which has two electoral wards.

“My inquiries and investigation show that the story is the same all around the 326 wards of the 21 local government areas in the state,” he said.

The minister had earlier called for the postponement of the primary “to enable party members across the state to participate as well as give enough room to the Committee Members to resolve contentious issues raised by aspirants.”

However, Mr Okoye said any aspirant, candidate, political party or individual that is aggrieved with the organisation, conduct or issues arising from the conduct of their primaries “can utilise section 285(14) of the Constitution and section 87 of the Electoral Act 2010(as amended) and challenge same in Court.”

Uncertainty over APC’s participation in the poll
There are however fears among some members of the APC that the party may not be allowed to present a candidate in the November poll as a result of the controversy trailing the primary election.

While it is not clear whether the results announced by Mr Abiodun will be accepted or rejected by INEC, the commission’s report could however lead to possible disqualification of the APC if the latter turns out to be the case.

Going by INEC’s timetable for the election, parties were supposed to hold their primaries between June 10 and July 1.

Besides, Section 87(9) of the Electoral Act (as amended) prescribes that any political party that fails to comply with the provision of the Act in the conduct of its primaries shall not be included in the election.

When contacted, Okelo Madukaife, the spokesperson of the APC in the state, said it would be “subjudice” to speak on the issue because the party’s national leadership had set up an appeal panel to hear complaints of aspirants.

“Everyone has gone to appeal panel and the report is being awaited,” Mr Madukaife told our Reporter on Thursday.

In 2019, the APC missed presenting candidates for the governorship elections in Rivers and Zamfara States over issues relating to the party’s primary elections in the two states.

Internal wrangling among leaders of the party in Zamfara resulted in the inability to conduct the primary election within the stipulated time.

Eventually, INEC left out the APC from all elections in Zamfara State in 2019.

In Rivers, a federal high court ruled that the APC disobeyed a high court order on its congresses and that the primaries that produced its candidates were therefore null and void.

The APC in Rivers was split into two, with a faction loyal to the transport minister, Rotimi Amaechi, and another loyal to a senator, Magnus Abe.

It was based on the high court ruling that INEC refused to recognise any APC candidate in Rivers.