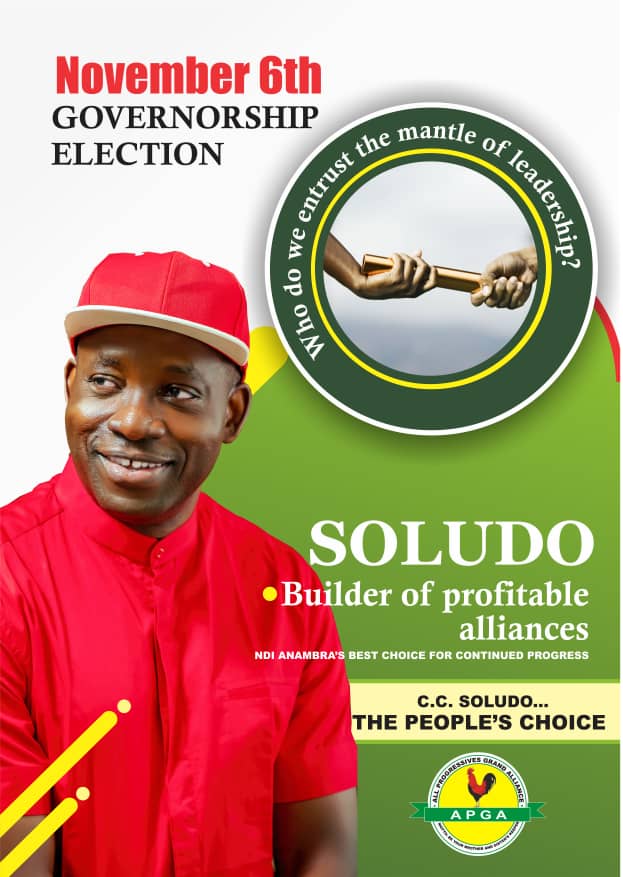 Azikiwe, Okpara and Ojukwu were not crazy to have been identified the indigo with a political party”

The above is the advice from Edo State-born engineer and industrialist A.K Mohammed, to Ndigbo. A.K as he is fondly called, is a senior friend and famous for his forthrightness.

We must as a matter of necessity, keep APGA alive for the reasons A.K adduced and more.

The fierce and in some cases, healthy competition noticed in the run up to party primaries signalled the interests of leading Anambra politicians in the party. But there is time for everything. To me, this is the time to put all behind and fight for the continued existence of the life of this party which has brought so much happiness and joy to Ndi Anambra. This is also time to stop the hawks, who desire to prevent the state from going higher and higher, which the Cee Cee Governorship portends. We won’t also allow the hawks destroy the pride of Ndigbo.

It is worthy of note that the party leadership anticipated these and have taken actions to ameliorate the negative impacts. First, the four cleared aspirants signed a peace document that bound them to accept the outcome of the primaries. Happily, the duo of Barr. Okolo and Thankgod Ibe have shown great sportsmanship along this line. Hon. Okwudili Ezenwankwo should reflect deeper, take a more global picture of the configuration of things on ground and see reasons why he should sheath his sword and join the party in its fight for victory.

Now, the governor has put together a Peace/Reconciliation and National Outreach Committee to deepen peace and harmonious relationship in the system, so the party can go to the polls as a united family. This is a smart move and we believe that that the committee, led by veteran Senator Victor Umeh, who knows the party inside-out, will help calm frayed nerves and allow the party to focus on winning the election.

In summary, we see a stronger APGA in the days ahead, that is moving with confidence to retain power. The aura of the offerings of its flag bearer, Cee Cee Soludo are irresistible, plus what the party represents in the heart of the voters will surely swing victory to the party, so that it will continue to bring happiness to the State and beyond.

After all, our life struggles are nothing but quests for happiness.

Be of good cheer.