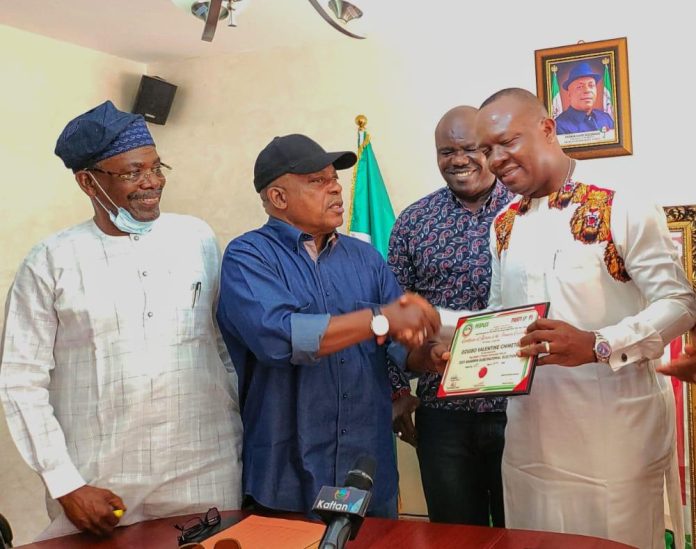 “Long before any court ruling, Valentine Ozigbo name had been submitted to INEC. The party had submitted Valentine Ozigbo’s name before any injunctions.” – said the public relations officer of the PDP, Kola Ologbondiyan, when asked whether PDP submitted any name of it Anambra gubernatorial candidate to the INEC.

It is recalled the PDP held to primary election by two factions – one led by former governor of Anambra state, Mr. Peter Obi and the other led by a former godfather and stakeholder of the PDP, Mr. Chris Uba. Both primaries produced their respective candidates. The Peter Obi led faction produced Val Ozigbo while the Chris Uba faction produced Senator Ugochukwu Uba.

But the national chairman of the PDP was quick to recognize the candidacy and emergence of Val Ozigbo. He presented Ozigbo with the certificate of victory. This is as Chris Uba took to the court house to obtain rulings barring Val Ozigbo from parading himself as the PDP gubernatorial candidate for Anambra State.

Presently, as the PDP national body indicated, Val Ozigbo remains the PDP candidate – until the INEC is instructed to do otherwise.