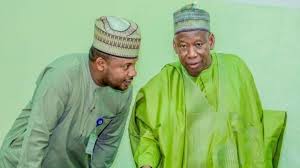 The Special Adviser to Governor Abdullahi Ganduje on Media, Salihu Yakasai, has said that the government of the All Progressives Congress at all levels have failed Nigerians in the duty to protect lives and properties.

Yakasai said this amid the abduction of over 300 schoolgirls from Government Girls Secondary School, Jangebe in the Talata-Mafara Local Government Area of Zamfara State, which happened on Friday.

In a post on his verified Twitter handle, Yakasai lamented the security issue in the country, describing it as a shame.

“Clearly, we as APC government, at all levels, have failed Nigerians in the number 1 duty we were elected to do which is to secure lives & properties. Not a single day goes by without some sort of insecurity in this land. This is a shame! Deal with terrorists decisively or resign,” he wrote.

One Twitter user, @Jayb_10, criticised the northern elites over their attitude in the face of the situation.

He said, “The uncritical, appeasing, docile, and patronizing attitude of the northern elite when one of their own is at the helm is the north’s gravest undoing. It will continue to birth the massive underdevelopment that the north perennially represents. We’re in a mess!”

Yakasai who agreed with the Twitter user imagined what would have happened had it been the current situation was witnessed during previous administrations led by non-northerners.

“I completely agree. Hypocrisy is in our dna. Imagine what’s happening in the North now was under GEJ or OBJ, sai dai ka ji ana makiyin arewa ne, makiyin musulmi ne, but here we are, being ravaged by all sorts of insecurity but no collective rage, sai useless lamentations. SMDH,” he wrote in response to @Jayb_10