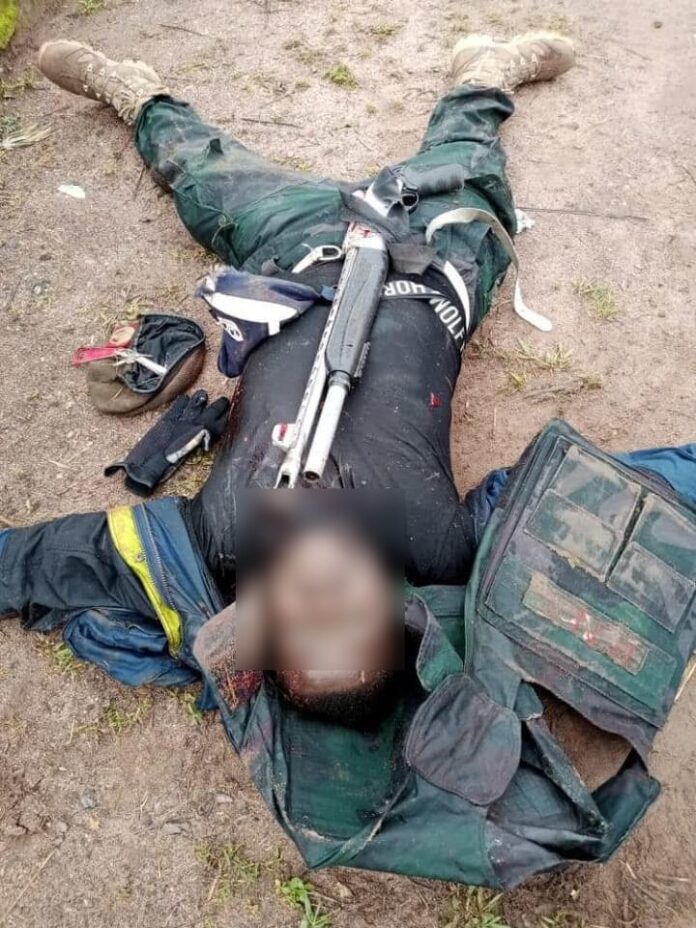 The killing of the commander whole identity couldn’t be ascertained as at the time of this report was contained in a statement by the spokesman for the Nigerian Army, Onyema Nwachukwu.

“The assailants, who were heavily armed and conveyed in several vehicles opened fire on the troops’ location, but were met with stiff resistance by the troops,” Mr Nwachukwu, a brigadier-general, said.

“In the encounter, the troops neutralized one gunman, while others abandoned their vehicles and retreated in disarray with gunshot wounds. The troops also recovered a pump action gun, among others.

“While the criminals withdrew, having been overwhelmed, they were promptly intercepted at Eda by troops of Forward Operating Base Ohaozara in Ebonyi State.

“The troops recovered additional three vehicles and apprehended one of the Bandits.

The group have been seen on several videos trending online threatening to declare Biafra on the 30th of October warning that they have acquired the necessary training in Israel and ready for combat.