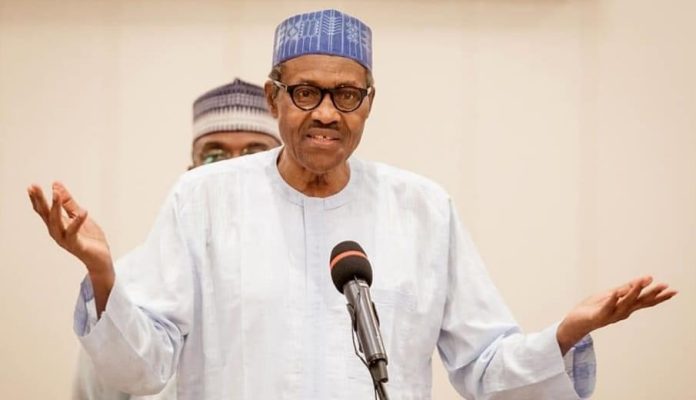 By saying those asking for restructuring are “ignorant of war,” President Buhari insinuates that the call could lead to another armed conflict like Nigeria’s first civil war.

The Muhammadu Buhari has warned secessionists to cease their agitation, saying Nigeria is a dominant force in West Africa.

The Executive Secretary, Revenue Mobilisation, Allocation and Fiscal Commission, Mohammed Bello Shehu, represented Buhari at an occasion on Saturday where he made the comments on the president’s behalf.

Buhari, via Shehu, warned that those agitating for separation are naive and ignorant of war.

According to Daily Post, Buhari said that the nation is not restructuring, adding that most people carrying the subject do not even understand what they are talking about.

“And again, those who are discussing restructuring, my question is what are you going to restructure?” Buhari asked.

“The other issue is that those who are calling for restructuring and conference on what they call ethnic nationality, if you go to Southern Kaduna, Taraba, who is to represent them? We have different combinations of ethnicities in many states. Even Kano and Kaduna Igbo have properties. The same goes with Yorubas.

“There are Fulani in Port Harcourt. So those calling for separation or restructuring, some of them I will say are very naive or even mischievously dangerous. Those agitating for restructuring are ignorant of war and its consequences because Nigeria is a dominant force in west Africa.

“There is no government in the world that will cede their authority to the people that are not elected.

“You are telling us to resolve a system and call for an obscure conference to come and discuss how we can move forward as a nation, that can never be done and no country will agree to that.

“So those who are doing that should go back and meet their representatives in the House of Assembly and ask for whatever amendment of the constitution. Due process should be followed.”

Buhari was the Special Guest of Honour. Shehu spoke on his behalf.