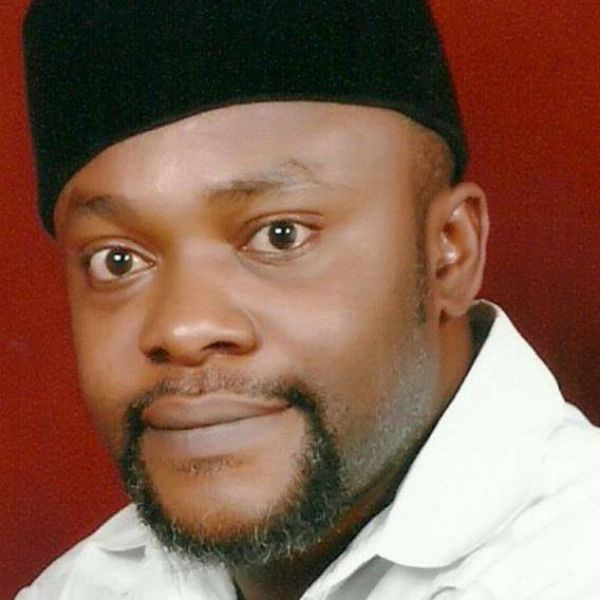 An All Progressives Congress, APC, aspirant in the upcoming Anambra governorship election, Eze Harris Chuma, has faulted the method applied by the leader of Indigenous People of Biafra, IPOB, Nnamdi Kanu in his pursuit for the restoration of Biafra.

The APC aspirant noted that Kanu’s demand for “referendum that is presently not enshrined in the Nigeria constitution cannot be attained without due dialogue, and enduring intellectual gymnastics political persuasions.”

In an open letter to Kanu, Chuma said the IPOB leader should know that “the crowd you are talking to at every rally cannot lobby for the attainment of the set goals.”

He maintained that the crowd Kanu was always addressing at rallies, “know nothing more than ‘give us Biafra. Yes they sleep it, walk it, talk it and eat it but cannot provoke strategical and tactical means of achieving it.”

Chuma cautioned the IPOB leader on his style of agitation, saying people of the South East cannot settle for another Civil War.

Describing Kanu’s style of agitation as “stereotype” Chuma said the method of IPOB would not allow the achievements of Biafra to come to pass.

The letter reads in part, “Unarguably, the self-determination gospel was clear but the approach and methodology was uncouthly, the style archaic, and the struggle a hard buy. Soon, it became a battle for survival, the long arm of the law was visited on you, and co travellers.

“Many of us though not comfortable with your style began to cry out for your freedom. I still recollect and vividly too a YouTube video that went viral demanding for your release. Yes I had to make the demand to persuade a fast tracked litigation processes.

“Eventually, you were released on stringent bail conditions as it were, but you have thrown caution in the wind and relapsed into your stereotyped style of agitation.

“Mazi, you should know by now that Ndigbo have risen in demand for equity and freedom from the firm grip of injustices meted on the region by past and present political leadership in Nigeria.

“Demanding for ‘Referendum’ that is presently not enshrined in the Nigeria constitution cannot be attained without due dialogue, and enduring intellectual gymnastics political persuasions.

“You should know by now that the crowd you are talking to at every rally cannot lobby for the attainment of the set goals. They know nothing more than ‘give us Biafra. Yes they sleep it, walk it, talk it and eat it but cannot provoke strategical and tactical means of achieving it.

“You should know that majority of your fans who now claim IPOB membership need to be given the right orientation for it has become clear to everyone that they are ignorant of what referendum is and the procedural approach.

“You should know that character attributes and dispositions of your fans and fanatic followers are getting issues hugely complicated. It’s high time you called them to order and let them know what you know.

“Mazi, when you told your fans and fanatic followers to boycott elections in Anambra, and they went about town shouting “no election does that not tell you what lies ahead is defeat against the original plan, against the struggle , against the dream of a better Nation devoid of injustices, inequities, and unfairness.

“Don’t you think your strategy this time will set you against the rights of people supposedly being fought for? Don’t you think your inability to step down from the emperor stool and dialogue with relevant Igbo associations, think thanks ,elder state men, Leaders of thoughts, seasoned legal luminaries, traditional rulers, clergymen, would give a clearer direction?

“Truth be told, your fans and fanatic followers need to be enlightened on the best and surest way to make the dream of a better nation possible. It is not late to call them to order and explain better in the language they understand.

“I hope that this letter will get to you before the commencement of electioneering campaigns in Anambra this September. I’m quite optimistic your fans and unrepentant followers have their benefactors in the race for Guber seat. Surely, they will do the needful to remain relevant, in the general scheme of things.”