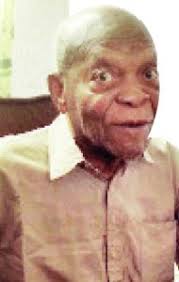 Asaba – Families of Civil War veteran and Biafran Hero, Col. Joseph ‘Hannibal’ Achuzia has proscribed the activities of Biafra, MASSOB, and anything making reference to such unregistered political movements at the burial ceremony of their father.

Chairman of the Burial Committee, Ogbueshi Ejiofor Onyia, posited on Tuesday in a chat with INDEPENDENT in Asaba, announced formally that their brother has passed away maintaining that since they are determined to give him a peaceful burial they have decided to stop any protest, demonstration, banners, uniforms and others.

Flanked by the children of the celebrated soldier, Onyia said different organisations such as Ohaneze Ndigbo which he served as its Secretary General, Churches, state governments from the South-South and South East, traditional institutions have been informed and have given their consent to the development so that he burial would not be hijacked for political reasons so that peace can reign.

According to him, everybody must abide by the family procedures as given by the family, and that the family will not entertain any unnecessary utterances from any quarter, group or individuals, warning that for him to live p to 90 years means he lied a good life and he needs peace.

“The whole world will have to honour him as he will be buried sitting down as a High Chief, traditional title holder and that there will not be lying in state except the Day of Tribute in Enugu’’

He continued: “We are guarded that people may take laws into their hands. We have briefed the Commissioner of Police, the Governor of the state of our procedures and the way we want them.