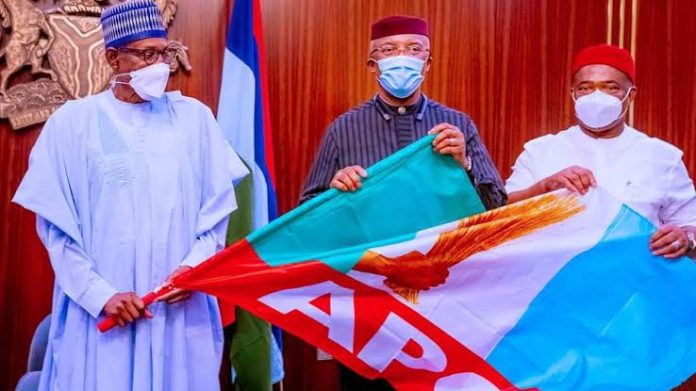 The All Progressives Congress, APC has congratulated the winner of the just concluded Anambra governorship election, Professor Charles Chukwuma Soludo.

This is coming hours after the Isuofia born Economist was declared the winner of the November 6th poll by the independenr National Electoral Commission, INEC.

The congratulatory message was given by the Anambra State Publicity Secretary of the APC, Okelue Madukaife when he appeared on AriseTV’s Afternoon programme, ‘Arise Interview’..

Madukaife said the party Congratulates the candidate of the All Progressives Grand Alliance, APGA and assured that they will be holding Soludo accountable in the most civil manner to ensure that he lives up to the promises made to Ndi Anambra.

He went further to thank the security agencies for their efforts in ensuring a smooth conduct of the exercise.