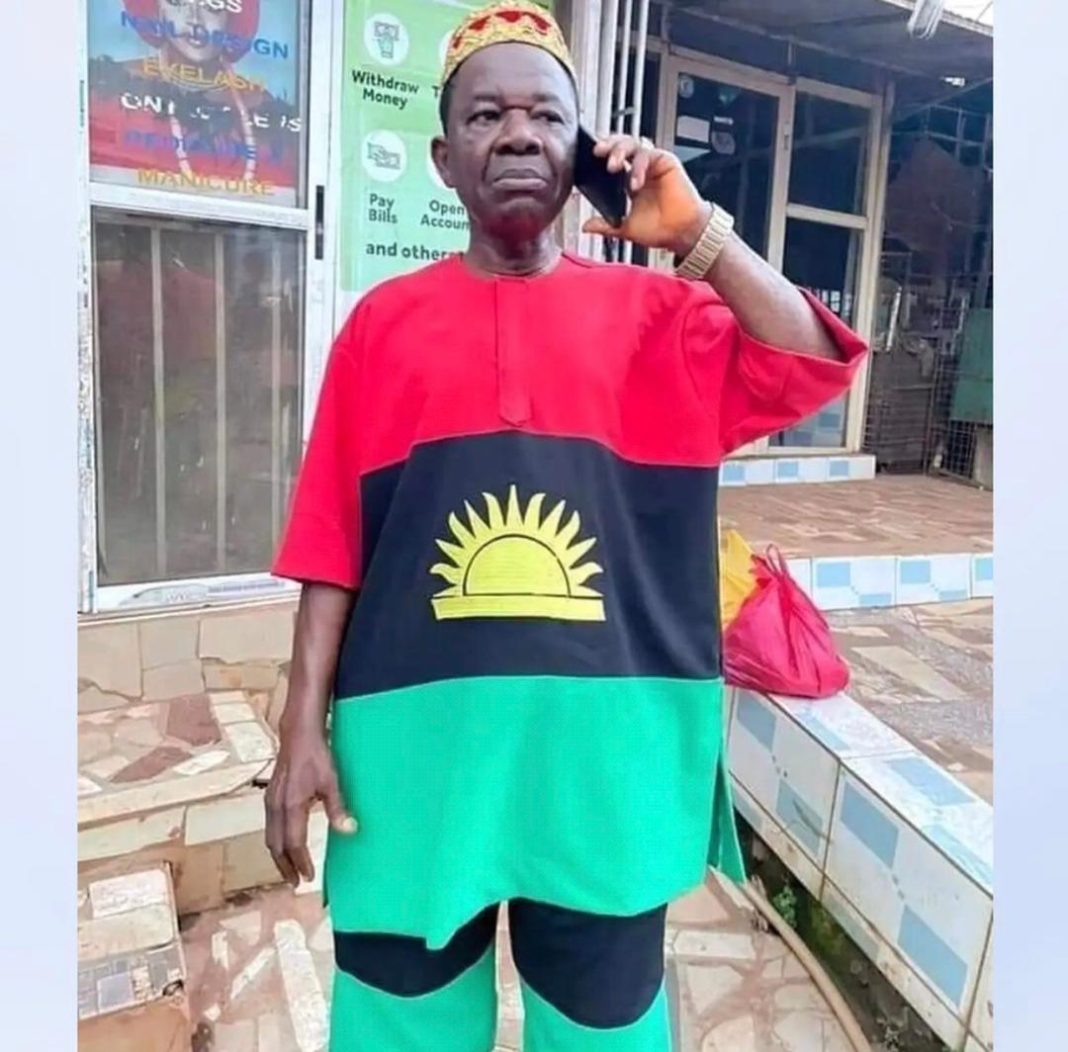 The Nigerian army has released veteran actor, Chinwetalu Agu after spending the night in their custody.

The military arrested the veteran actor after he was manhandled by the soldier at Upper Iweka, Onitsha, Anambra State on Thursday, 7th September, 2021 for wearing a Biafra regalia.

However, the actor has now regained his freedom, following the intervention of the Actors Guild of Nigeria.

Chiwetalu Agu, in a video after his release, assured all that he is fine and has settled with the army.

In a viral video, Agu is seen with a representative of AGN who was sent to the Nigerian Army headquarters in Enugu.

Agu expressed his gratitude for the support of the association saying, ‘’Keep on supporting Nollywood, it’s the only home we have to sustain both our public and private life.”

The army director of media, Brigadier Nwachukwu accused the 60-year-old Nollywood legend of inciting the public and supporting the Indigenous People of Biafra, IPOB which the Nigerian government proscribed.