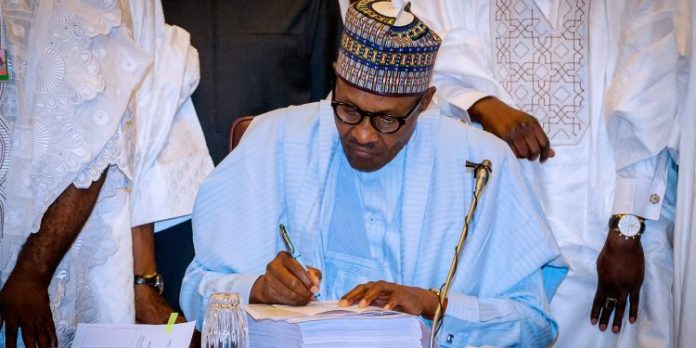 President of the Christ Apostolic Church (CAC) Worldwide, Pastor Abraham Akinosun, on Tuesday alleged that President Muhammadu Buhari’s administration is tacitly executing the agenda of the Organisation of Islamic Countries (OIC) in Nigeria with the key appointments he has made into his government so far.

He made the allegation when he spoke with journalists on the state of the nation ahead of a vigil organised in memory of the first president of the CAC and a colourful Olubadan of Ibadanland, Oba Isaac Akinyele, who breathed his last on May 30, 1964.

Akinosun noted that the late Oba Akinyele was the Balogun of Ibadanland and it was during his time that Ibadan got liberated from the hegemonic rule of the then Alaafin of Oyo, before being crowned as Olubadan.

According to him, “persecution in the olden days was from the orthodox churches, but the 1930 mighty revival of the CAC humbled the unbelievers to the extent that they submitted all they called gods. Even, the mighty masquerades of Ibadan and the herbalists forgot to celebrate their annual festival because of the influence of that revival.

“But these days, persecution is coming from the government, though not directly. Our governments are shielding the persecutors, and this should not be. Whenever any president is being sworn in, what they always read to them is the observance of the principle of justice; that he should not favour one religion to the detriment of another.

“At every one of our pastors’ conferences, we usually emphasise it in our addresses that the president should make the appointment of security officers of the country to be evenly distributed. They should not be all northerners and all Muslims.

“But now, everyone can see that it seems the government of this country is executing OIC (Organisation of Islamic Countries) charter. This is because, in any country that executes OIC agenda, all officers must be Muslims. And if you look at it now, nearly everyone of the security chiefs is a Muslim.

“All security officers, including the Police, Army, Air Force, and so on, are Muslims. It is the same with all other departments like Immigration, Customs and the rest. And when anything untoward happens, they will be commiserating with the families, and the community instead of seeing to it that all those evil things don’t happen in the first place.”