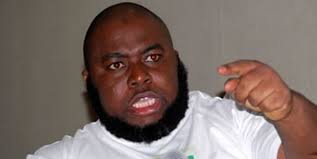 In this interview with OVIE OKPARE, the leader of the Niger Delta Peoples Volunteer Force, Mujahid Dokubo-Asari, speaks on the Niger Delta crisis and other national issues

Many Nigerians have criticised you for investing in other countries when you could have done that in the Niger Delta.

I don’t believe in Nigeria. In December 2013, I was arrested based on the allegation that I was the leader of Boko Haram. How is Nigeria faring now under the All Progressives Congress. The fact that the President holds the people in so much disdain and cannot speak with the people who are supposed to have elected him is a shame. But it’s Nigeria, anything goes. I owe Nigeria no apology. I can’t establish my institutions and businesses in a hostile environment. Business ought to be in a conducive environment that will engender profit and so on. The Nigerian environment is still hostile to me. I had the opportunity of going to South Africa and other places to establish my business but I chose to be next door because I believe that would create an opportunity for my people.

Is the Nigerian government still hostile to you?

This is the most hostile government. This is the most insensitive government in the life of this country. All our (bank) accounts were put on surveillance, till today, but they found that this man did not steal any money and he is not involved in any criminal activities. We just thank God. A lot of people think I must be corrupt but they have looked everywhere and they found nothing. This government wrote to us that it was going to pay what they were owing us for contracts we concluded and they certified that the contracts were excellently concluded but they refused to pay.

Does it mean that the Economic and Financial Crimes Commission has been investigating you?

No, every (bank) account was under surveillance. The BVN was actually introduced to place every account on surveillance but they could not find anything. The EFCC cannot come to me because they know I have no skeleton in my cupboard. I never stole any money. I never did anything criminal. The truth is that when you have a pedigree, you are always careful of what will stain your image and that is what has kept me on.

How can Nigeria overcome the present economic crisis in the country?

This is a deaf and dumb regime. Vice-President Yemi Osinbajo is trying to placate (Niger Deltans) but that is not enough. We are talking about fundamental issues of self-determination and this issue cannot be swept under the carpet by palliative measures and all sorts of things that people are demanding. This is the worst government in Nigeria because they came with the mindset to kill but unfortunately, they found it very difficult to kill us. People are racketeering with the foreign exchange to the detriment of others. Some people are buying a dollar for N520, while others are buying it for as low as N185 from the Central Bank of Nigeria. So, when people are talking about fighting corruption, I laugh. What manner of corruption could be greater than giving some persons dollars at N185/N190 and others are buying at N520? Now that Osinbajo is trying to block those cracks, the dollar and other foreign currencies have started coming down. When I was driving recently, somebody asked me to come down but I told him I have a waist problem and I cannot walk a far distance. I am not ashamed to tell somebody I cannot walk a far distance. People like Femi Fani-Kayode, Ayodele Fayose and I raised the alarm that Buhari was not (feeling) fine but people said we would be the ones to die first. We will all die but why should one lie?

Are you not surprised about the revelations of massive corruption which took place under former President Goodluck Jonathan?

How can the Federal Government solve the re-emergence of militancy in the Niger Delta region?

I’m not a militant but it is very simple. Convene a sovereign national conference to allow the people decide where they want to be. The people should have the right to choose where they want to be. Nobody can force one to be what he doesn’t want to be. Scotland has held one referendum and Britain just held a referendum to exit the European Union. South Sudan also did. Let’s hold our own referendum. We (Niger Deltans) cannot be conquered by anybody. He that doesn’t want peaceful change would be confronted with a violent change.

What happened to your schools in Cotonou in the Benin Republic?

I have four institutions -King Amachree International Schools (from crèches to secondary school), King Amachree Royal Academy — automotive ICT, King Amachree Art Academy (with different entrepreneurial courses like music, dance and the rest of it). We have the biggest studio in the Sub-Saharan Africa. We bought it over from a company where people like Fela and other big names have recorded before. We bought it in 2012.

Then we founded the King Amachree University but after the 2015 election, the Minister of Higher Education in Benin surprisingly withdrew our accreditation from the university. We have been struggling to get back our accreditations. It was really a big mess because students had registered and a lot of things that had been going on, but at the end of the day, we thank God. Everything is in the hands of God. It’s God that giveth, it’s God that taketh. We believe we were doing a good work. Our university had one of the lowest fees even though we had the best quality of lecturers and facilities. This has affected all our schools because we believe that some forces were against my establishment of the school. That is only my line of business. I’m hardly involved in other types of business except for education. It has really affected us but we hope that it will be fine.

There was a time I had nothing, there was a time I had so much. I have seen it all. As a young man, I saw so much comfort and wealth but when I grew up, I chose the path of struggle. I started to see poverty and all sorts of things. I chose poverty for myself and after that, I saw extreme wealth. I went to prison. I was underground. These are issues that will go on and on in life. Life is a cycle. Once you have decided to be on the path of the people, you will have these issues to confront you. You take it; that is how life is and I have taken it. I’m only sorry for the students who had paid their fees and they had started lectures and even finished an academic section and at the end of the day, they had to look for somewhere else to complete their education. They would not have the opportunity we gave to them in our own schools. It’s really unfortunate.

2023: Bola Tinubu and the cost of Political Miscalculation – Sanusi