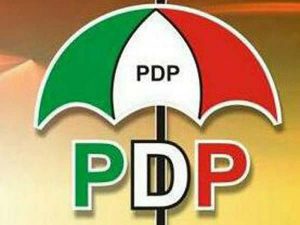 The People’s Democratic Party (PDP) is demanding the immediate resignation of the Minister of Transportation, Rotimi Amaechi, from the Federal Executive Council.

The PDP, in a statement by its National Publicity Secretary, Kola Ologbondiyan, said its demand is  hinged on the alleged appointment of Amaechi as the director general of President Muhammadu Buhari’s  re-election campaign.

The party  alleged that the  Transport minister has already  resumed duties as the DG for the president’s second term campaign, and added that Amaechi had  already held meetings with some of governors elected on the platform of the All Progressives Congress. The PDP recalled that when Chief Tony Anenih, as a serving minister of Works, was appointed to head the campaign of then President Olusegun Obasanjo, he resigned from his appointment.

“If APC has any strand of dignity, then, Amaechi must resign as the minister of Transportation having been appointed and already functioning as the DG of president Buhari’s campaign.

“In the Nigerian constitution, Amaechi cannot combine the job of a minister of the Federal Republic with another responsibility, such as the DG of a campaign organisation…”