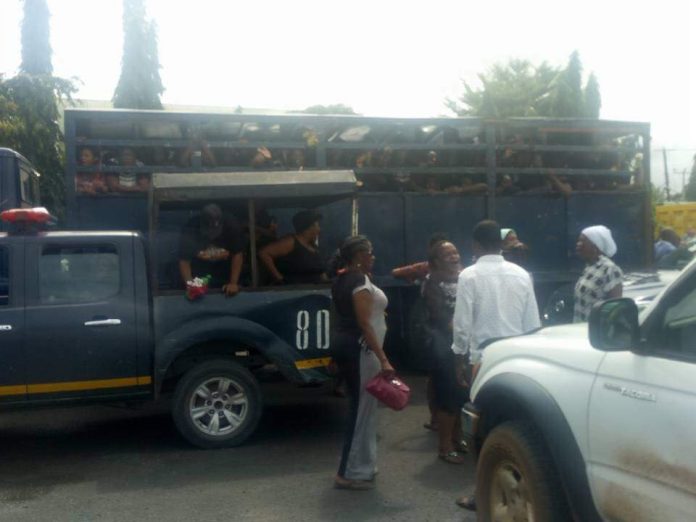 An Owerri magistrate’s court has ordered that 114 pro-Biafra women who were arrested by operatives of the Imo State Police Command during a peaceful protest last Friday be remanded in prison. The women, who were suspected to be members of the proscribed Indigenous Peoples of Biafra (IPOB) were charged with conspiracy to commit felony by the Imo State police commissioner.

Ifeanyi Ejiofor, lead counsel for the IPOB women, said: “We had come to the court today to take the arrested women on bail so that they could be coming to the court from their respective homes whenever the case comes up. But the magistrate said that they were charged for conspiracy to commit felony, CAP 41 of the Criminal Code, and that she lacks the jurisdiction to try the matter and then adjourned the case for September 3, 2018, and ordered that they be remanded in the police custody.

“We are now left with no other option but to challenge the matter at the high court.”