Home News EFCC lied against us 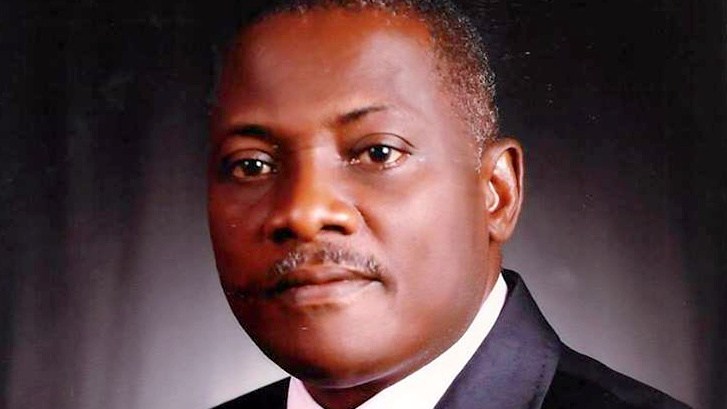 Innoson Motors has rejected claims that its founder and CEO, Innocent Chukwuma, was arrested because he ignored an invitation from the Economic and Financial Crimes Commission. It said the businessman was never invited prior to his arrest and dared the anti-graft agency to present evidence of invitation to Nigerians.

Mr. Chukwuma was arrested on Tuesday morning at his residence in Enugu by EFCC officers who remanded him at their field office in the city. He was later released on bail on Wednesday evening.

The EFCC said anti-graft detectives decided to take the industrialist into custody after attempts to summon him were rebuffed.

“His arrest followed his refusal to honour invitation by the Commission having earlier jumped an administrative bail granted him in a case being investigated by the Capital Market and Insurance Fraud Unit of the Commission’s Lagos office,” the EFCC said in the statement signed by Wilson Uwujaren, its spokesperson.

Cornel Osigwe, a spokesperson for Innoson Group, debunked the account of the EFCC in a statement to PREMIUM TIMES Wednesday.

The statement was sent before Mr. Chukwuma’s release was announced by the EFCC.

Mr. Osigwe challenged the EFCC to bring out any evidence to support its claim that Mr. Chukwuma was invited or earlier granted administrative bail by the commission

Mr. Osigwe blamed the GTBank for orchestrating the arrest of his principal, a claim the bank denied in an exchange with PREMIUM TIMES shortly after Mr. Chukwuma was arrested Tuesday.

Mr. Chukwuma and GTBank have been locked in a prolonged legal battle over claims by the industrialist that the bank made arbitrary deductions in his bank accounts.

The bank countered the allegations, saying it was Mr. Chukwuma who allegedly falsified bank and shipping documents to obtain tax waivers from the Nigerian government.

Mr. Uwujaren did not respond to PREMIUM TIMES’ request for the anti-graft agency to present evidence that Mr. Innoson was summoned.

Read the full response of Innoson Group to the EFCC statement about Mr. Chukwuma’s arrest below:

Our attention has been drawn to the Official Statement with the above caption released by the Economic and Financial Crimes Commission, stating the reason Dr Innocent Chukwuma was arrested by the Commission.

According to the statement published on EFCC’s official website, Dr Innocent Chukwuma’s arrest “followed his refusal to honour invitation by the Commission having earlier jumped an administrative bail granted him in a case being investigated by the Capital Market and Insurance Fraud Unit of the Commission’s Lagos office.”

The statement went further to claim that Dr Chukwuma rather than honouring invitation by the EFCC, “mobilized six truckloads of thugs pretending to be staff of his company tohis residence, where they manhandled EFCC operatives”.

In as much that we would not want to join words with EFCC, but because their Official Statement has been widely circulated among many News media including various online blogs and social media platforms, we would for record purposes state the facts on the alleged invitation as well what
happened in his residence during his arrest yesterday.

1. We wish to deny EFFC’s claim categorically that Dr Innocent Chukwuma (Innoson) was invited by the Commission or was there any time or that he jumped an administrative bail granted by the EFCC. Dr Chukwuma (OFR) is a law-abiding citizen, a public figure

and a well-known industrialist of international repute. There is no how he would be invited by the EFCC and he would ignore or refuse to honour the invitation.

2. Dr Chukwuma has never had any issues or query from the EFCC recently. The last issue he had with EFCC was an invitation extended to him in 2012 based on a complaint against him by Guaranty Trust Bank (GTB), which he duly honoured.

3. Upon the completion of investigation, EFCC requested him through a letter to pay some money to GTB saying that the money is what Innoson owes GTB after it-EFCC- deducted excess charge of about
N560M which GTB illegally and unlawfully took from their account.

Innoson rejected the demand maintaining that it was GTB that was owing it and that GTB is to pay interest on the excess and unlawful charges. This resulted in a stalemate between Innoson and EFCC. Consequently,

4. As a consequence of the above, EFCC filed a charge against him at the Lagos High Court. The Charge was subsequently struck out after EFCC filed a notice of discontinuance.

However, Dr Innocent Chukwuma and Innoson Nigeria Ltd appealed against the order striking out the case on the basis that it ought to be dismissed and not struck out. The appeal- appeal no: CA/I/1330Cm/2017 till date is still pending at the court of Appeal Lagos State. Since then EFCC has never invited Dr Chukwuma again.

We further challenge EFCC to also show proof of how and when did Dr Chukwuma jump an administrative bail granted to him.

6. EFCC also claimed that Dr Chukwuma is being investigated by the Capital Market and Insurance Fraud Unit of the Commission’s Lagos office. We equally challenge EFCC to show proof of this investigation: On whose petition is this investigation being carried out and proof of any letter on this investigation ever written to Innoson from this unit stating also the month and year.

7. The Commission is being economical with the truth by stating that Dr Chukwuma “mobilized six truckloads of thugs pretending to be staff of his company to his residence, where they manhandled EFCC operatives”.

The truth available at our disposal is that some factory workers on hearing their boss was being arrested, mobilized themselves to his residence to protest what they said was an illegal arrest. However, the EFCC operatives together with the Police team fired tear gas and dispersed them. We have pictures to back up our claim. At no point did these factory workers manhandle the armed

EFCC and Police officials at his residence. This is pure falsehood aimed at tarnishing the reputation of Dr Innocent Chukwuma (OFR).

8. EFCC as a law-abiding organisation and a strong advocate of rule of law as constantly shown and practised by its Head led by Ibrahim Magu should allow the court processes to reach its logical conclusion.

Dr Chukwuma’s case against GTB is already at the Supreme Court. We have absolute faith the Nigeria Judiciary. They should be allowed to adjudicate over this matter without undue interference from any quarters.