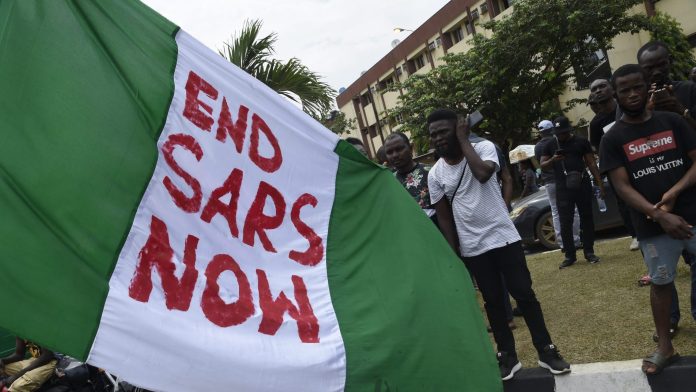 The Lagos State Judicial Panel of Inquiry on Restitution for Victims of SARS Related Abuses and Other Matters (Lagos EndSARS Panel), has released a list of forty-eight casualties from the Lekki Tollgate incident.

Anyone with emotion will always have goose pimples whenever, he/she remembers the incident that happened on October, especially 20th, 2020, where a good number of Nigerian citizens were allegedly massacred, police stations burnt, as anarchy descended on us.

Be that as it may, the Lagos EndSARS Panel , yesterday submitted its report, accusing the Nigerian Army and Police force of shooting at the innocent protesters at Lekki Tollgate, last year.

In its report, Members of the Panel chaired by HONOURABLE JUSTICE DORIS OKUWOBI (RTD) submitted that: “The atrocious maiming and killing of unarmed, helpless and unresisting protesters, while sitting on the floor and waving their Nigerian flags, while singing the National Anthem can be equated to a ‘massacre’ in context. “

The Panel equally stated that “Apart from the military men in uniform, the Army left its base with vehicles, rifles and guns, which contained both live and blank bullets. General Taiwo admitted at page 22 that the Army went to the Lekki Toll Gate with live ammunition.

The Panel finds as credible, the case of the EndSARS protesters that soldiers shot directly at protesters at the Lekki Toll Gate on October 20, 2020 as confirmed by Lagos State Ballistic Expert, Willie-Harry on page 244 that some video evidence indicate “… instances where troops were seen to be re-arming their weapons before either discharging them to the air or purposely in the direction of the protesters …”

Based on the report presented by the Lagos state Judicial panel, which accused the Nigerian Army and Police of mishandling the incident at Lekki Tollgate through firing of live bullets which as reported killed a good number of Nigerian citizens, one would say that it contradicts the Press Conference  of the minister of Information, Alhaji Lai Mohammed, where he averred that: “The military did not shoot at protesters at the Lekki Toll Gate on Oct. 20th 2020, and there was no massacre at the toll gate. The only ‘massacre’ recorded was in the social media, hence there were neither bodies nor blood.” 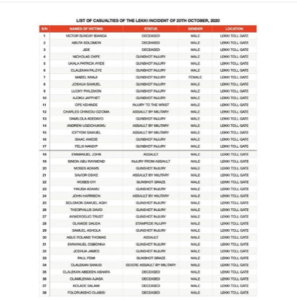 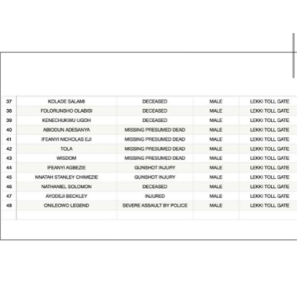 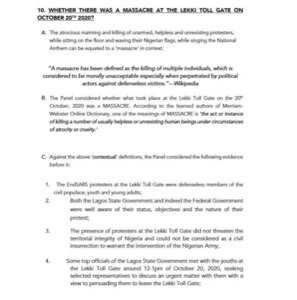 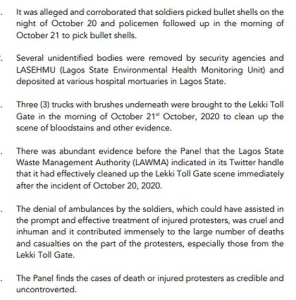