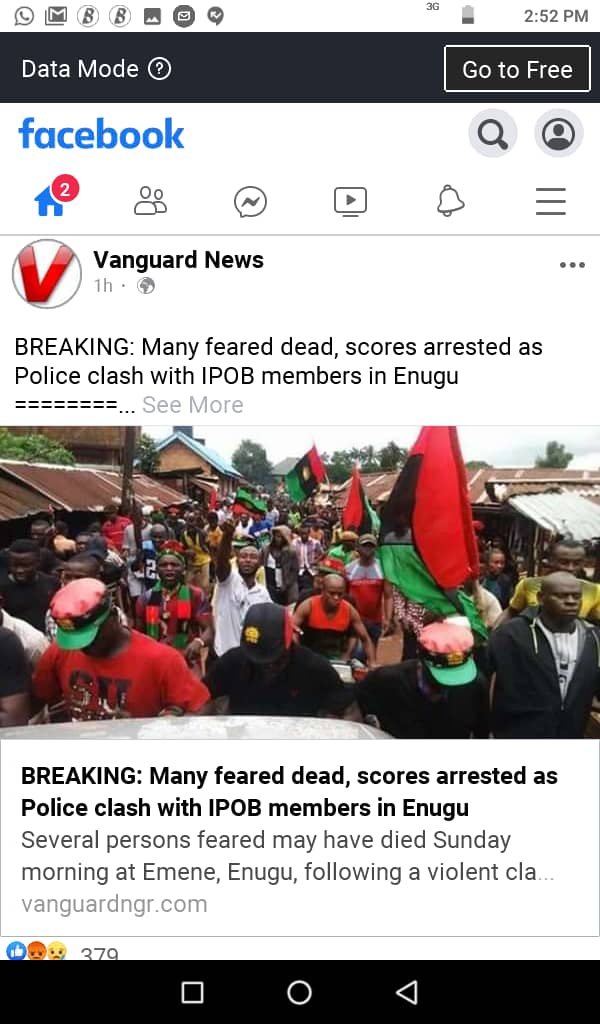 According to the American Civil Liberties Union (ACLU), one of the world’s oldest human rights groups founded in 1920, Racial Profiling” refers to the discriminatory practice by law enforcement officials of targeting individuals for suspicion of crime based on the individual’s race, ethnicity or religious origin. Criminal labeling and stigmatization have also become the modus operandi of the country’s present security forces. These are in addition to crude and hate policing ravaging the security forces of Nigeria as presently composed.

Specifically speaking and as a matter of several research findings, the presently composed Nigerian security forces are chronically haunted and bedeviled by crude, criminal and hate policing. These three are further fueled by gross lopsidedness of their personnel, commands and controls. While members of preferred and ethno-religiously pampered nationalities receive prioritized securitization and protection, members of other ethno-religious nationalities including those of Igbo Judeo-Christian compositions are brutally exposed to state actor and state actor aided non state actor dangers and harms as well as securitization policy and conduct discriminations.

The Emene massacre of Sunday, 23rd August 2020 therefore marks the 5th anniversary of systematic and well coordinated targeted massacre of defenseless, unarmed and non rifle bearing citizens of old Eastern Nigeria particularly those of Igbo Nation. The Emene massacre also brings to at least fifteen of such massacres in at least eight different occasions since August 2015.

Crude or unprofessional policing by the Nigerian security forces was brought to the fore. Apart from violent disruption of church services including those of the congregants of St Joseph Catholic Church along the old Abakiliki Road and their Pentecostal counterparts, the security forces especially the State Security Service (SSS) acted unprofessionally and maliciously.

Assuming, but not conceding to the fact that “SSS has gathered credible intelligence that some persons have been gathering at a named Primary School Field every Sunday morning for sinister motives”; the same Service should have professionally given its “gathered intelligence” to a well peopled and trained law enforcement agency (the Nigeria Police Force, Enugu State Command).

In turn, it should have been professional and appropriate for the Enugu State Police Command with its trained law enforcers including crowd control or dispersal department (i.e. Police Anti Riot) to move to the scene for purpose of dispersing the “sinister motivated” gathered crowd or persons. This is irrespective of whatever names called or labeled. The Police Anti Riot should have gone to the scene equipped with crowd or riot control kits or non-lethal tools; in company of some police detectives or plain-clothed personnel. The Police detectives, on their part, should have been dispatched to the scene to obtain the segmented structure of persons on the pitch and its vicinities including congregants attending 7.am church service at nearby and later ones by the Pentecostals. The detectives should have further ascertained the level of potential threats, or otherwise posed by the so called “sinister motivated gathered persons or crowd”.

Unfortunately and sadly, the SSS acted unprofessionally and chosen to become the “jack of all trades and master of none”. Statutorily and constitutionally, the core responsibility of SSS is to gather internal security intelligence and dispatch or share same, for purpose of law enforcement, with other inter agency bodies especially the Nigeria Police Force-the ‘general overseer’ of Nigeria’s internal security and policing. This is more so when such intelligence must have included the fact that the scene hosts vicinity and premises church services, football, volley ball, physical fitness trainings as well as relaxation or leisure and mental rehearsal, etc.

On the other hand, the ethno-religious identity of the Enugu State Commissioner of Police, Alhaji Ahmad AbdurRahman says it all. Apart from his manifest bias and perceived crude and hate policing method applied, the CP recklessly abused his office and power, contrary to Section 15 (5) of the Constitution when he unilaterally and magisterially undermined the status of the Enugu Gov as “the chief security officer of Enugu State” and “chairman and capital financier of the State’s Joint Security Taskforce or JTF”.

It must be remembered that by convention and extant laws, the CP of Enugu State lacks power and authority to deploy the “JTF” anywhere in the State, except the State Governor. The Enugu Gov, on his part, has continued to exhibit his “medicine-after-death” approach. This he has done instead of rising to his clear-cut duties as the “Executive Governor and Chief Security Officer of Enugu State”. Had the Gov timely risen to his responsibilities as highlighted above, the massacre would have been averted and the incident handled in a civilized manner and without harm.

Independent investigation so far carried out by Intersociety, has clearly rubbished the Police CP’s claims and found same totally fallacious, irritating and provoking. The scene, the Community Primary School premises, located between St Patrick Community Secondary School and St Joseph Catholic Church at Emene, is an open place playing host to different categories of sport and leisure enthusiasts including martial arts and balling trainees and trainers as well as church congregants and leisure and mental rehearsal activists.

It is therefore an act of impossibility that same open field and Government owned pitch, surrounded by a Mission Secondary School (St Patrick) and a Catholic Church (St Joseph) and mushroom others could be allowed to be used as “secessionist arms training pitch or facility”. In other words, the Police and SSS narrative of “IPOB members receiving arms training on the pitch” is dead on arrival as “non state actor arms trainings are not received in open fields or premises”. It is also a fact that the defenseless citizens making use of the pitch on the day of the massacre were not only “IPOB members”.

Above all, the criminal laws of Nigeria are not designed against persons engaging in peaceful assemblies including those in sporting and religious service activities. This is irrespective of their “labeling” by Government or its security forces. After all, the present Nigerian Government and its security forces have been busy rolling out red carpets for those they described as “repentant” or “low risk” Boko Haram combatants. These included alleged clandestine conscription and granting of amnesty and award of international scholarships to them.

Therefore, the stark reality with regard to the Emene massacre is that the Enugu CP is both vicariously and directly responsible for the premeditated massacre and is not fit to remain in the Nigeria Police Force, not to talk of continuing as a serving Commissioner of Police. A well trained, intelligent, unbiased and ethno-religiously secular CP should not have acted the way he did including deployment of soldiers and calling for reinforcements from neighboring States of Anambra (i.e. Police Anti Cult), etc and ordering them to shoot and kill defenseless citizens at close range. It is most likely correct, therefore, to say that the Enugu CP is strong exponent of racial or discriminatory, hate and crude policing.

It is also so disheartening and shocking to be independently informed that even after massively shooting the helpless and defenseless citizens with war bullets, the JTF personnel went after the escapees following their blood droppings to get them arrested including those who managed to climb and hide inside the ceilings. They also picked more than a dozen dead bodies of the victims and disappeared with them. Out of over 20 reported to have been shot dead, only three lifeless bodies were independently recovered. Contrary to the provisions of the Gunshot Victims and Anti Torture Acts of 2017, the Enugu CP refused the gunshot victims in his custody adequate medical treatments. This was conspicuously seen publicly during his media parade of selected number of the victims of the massacre.