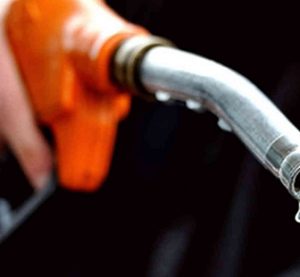 Against the backdrop of biting lingering fuel scarcity, the Federal Government is mulling a plural fuel pricing regime. Under the arrangement, the Nigeria National Petroleum Corporation (NNPC) would sell at N145 while independent marketers would import and dispense at their own rate.

Minister of State for Petroleum Resources, Dr. Ibe Kachikwu who made the revelation when he appeared before the Senate Committee on Petroleum Downstream also  revealed that the current scarcity might linger till June 2019, when government-owned and private refineries would fully come on stream.

Other recommendations Kachikwu proffered as possible solution to the fuel crisis, which peaked during the Yuletide included a special foreign exchange price modulation as well as special tax consideration for independent oil marketers to reduce their financial burden.

He said if any of the three recommendations was adopted, fuel scarcity would be temporarily handled until refineries come on stream.

In addition, Kachikwu also called for a better border policing, arguing that since it was more lucrative to sell PMS in neighbouring countries, marketers will likely divert their products to those places.

“What this country needs is to ensure that the refineries work. It is shameful that after more than 50 years, we still do not have working refineries. Selling crude is like selling raw agricultural materials. Once the private refineries start working, this scarcity issue will be behind us. Before we get there, we have 18 months to manage this problem.”

Kachikwu who was accompanied by the Group Managing Director (GMD) of the Nigerian National Petroleum Corporation (NNPC), Mr. Maikanti Baru and other officials of his ministry, on behalf of President Muhammadu Buhari, apologised to Nigerians for the difficulties they went through  over the fuel scarcity during the festive seasons.

“Our sympathies go the Nigerian people. I will not say much,” he stated.

While still testifying before the senate committe which cut short its recess to investigate the fuel crisis, Kachikwu added: “All I can say is that there are lots of issues. The major players stopped importation because of the price difference in landing cost. Once that happened, NNPC started providing 100 per cent products to the local market.

“There are issues on ground. Some are due to non-payment. Whenever situations like this arise, other issues arise. People moved products to other countries and decided to hide the products. We had to move in and release these products.

“What this says, for me, is that the business model of oil is not where it should be. If the prices of refined products escalate internationally, we do not react when we should. When it increases internationally, it has its own effects here. Between now and 2019 when our refineries will start working, we will have to rely on importation,” he added.

Speaking on the three recommendations, he said: “During the 18 months emergency period, we need to look at pricing. We need to find a way to get marketers back to importation. Landing cost is about N170-175. We sell at N145. We need to address this problem. There are series of items. But the key item is the international selling price for sale of refined product.

“There is a gap. How do we deal with the gap? Whatever we do, we need to free the marketers to do their business. Exchange rate was N145 when price was tagged  in 2015. One model is for the CBN to create a special exchange rate for independent oil marketers to import their products. This will help.

“Is there a way to grant tax holiday for them? Government can look into the taxing system. If they do that, marketers will have more funds to import products.  Potential of having a plural pricing system? That is, NNPC outlets can sell at N145, while independent marketers can import at their rate and sell at their own rate. Until we deal with this issue, we will not get out of the problem.

“We have not been able to deal with the issue of border policing. It is still more lucrative to sell this product outside the country. I am proposing that trackers be placed on trucks leaving the depots. That is one way to deal with this issue.”

Baru, however, had a different explanation, as he told Senators that “false media reports” that the Federal Government was planning to increase price of Premium Motor Spirit (PMS) was responsible for the crisis.

He claimed that 4,500 trucks loaded with PMS had been diverted within the period, a development which he said aggravated the continuous scarcity.

The GMD said NNPC was yet to get a mandate to increase pump price, but did not rule out any possible future increment.

“Consumption is about 27 million litres a day, but for logistics purpose, we make provisions for 35 million litres. We had products that would have lasted for 23 days all through the Christmas period. But people went into panic buying. About 4,500 trucks loaded with PMS were diverted during this period.”

Chairman of the committee, Senator Kabiru Marafa, in his earlier remarks, said fuel scarcity has become a reoccurring decimal in the nation’s history. He described it as worrisome and urged those concerned to get to the root causes of the problem.

Marafa said: “When our government came into power, we were able to tame the monster of fuel scarcity. Due to several factors, we could not do that during the last festive period. This is very worrisome and we need to get to the root causes of this ugly incidence.

“Our committee was recalled to find solutions to this problem and ensure that this ugly incidence does not come up again. The National Assembly decided to make it open to all Nigerians by showing it live on television so that people can see and hear what the issues are. We will only address the issue of the lingering fuel crisis. The assignment is to look at the fuel crisis and why it has lasted this long.”

Marafa mandated Kachikwu and the Executive Secretary of Department of Petroleum Products (DPR) to furnish the committee with the relevant documents to support their claims.

“You have from now till 16 of January to submit names of filling stations that diverted, hoarded and sold fuel above regulated price. We also want DPR to come up with stiffer penalties to serve as deterrents.

“You have stirred the hornet’s nest. You need to speak more on the landing cost. Is this N171 what Nigerians will pay at the filling stations or what? We do not agree with that figure. We have our facts and figures to confront whoever comes up with that figure,” he said.

Executive Secretary of DPR, Mr. Dantani Baba Ladan claimed that almost all the filling stations nationwide were found wanting in hoarding of petroleum products.  He said products were hoarded in villages and communities. He, however, warned that those caught would be compelled to pay N275 per litre to the Federal Government.

“If you hoard, we will give out this product free of charge to the public. The panic buying will fizzle out. As regulators, we are doing our best to bring sanity to the sector.”

Other stakeholders who spoke, called on the National Assembly to pass the Petroleum Industry Bill (PIB) and the Federal Government to deregulate the petroleum downstream sector to allow private sector players come in.

Attempts by lawmakers to bring up the issue of payment of N26 per litre subsidy on petroleum product was opposed by Marafa, who said it was not part of the deliberations.

However, the session was not without drama as three persons introduced themselves as president of the Independent Petroleum Marketers of Nigeria (IPMAN). The first person to introduce himself was Obasi Lawson, before Sanusi Fari and Okoronko Chinedu, also followed suit.

“I am Okoronko Chinedu, elected IPMAN Chairman affirmed by the Appeal Court two week ago,” Mr. Okoronkwo said. Almost immediately, Fari rose up to introduce himself also as IPMAN president.

Marafa called on the permanent secretary of IPMAN to meet with the three to have a common ground for presentation to the hearing.