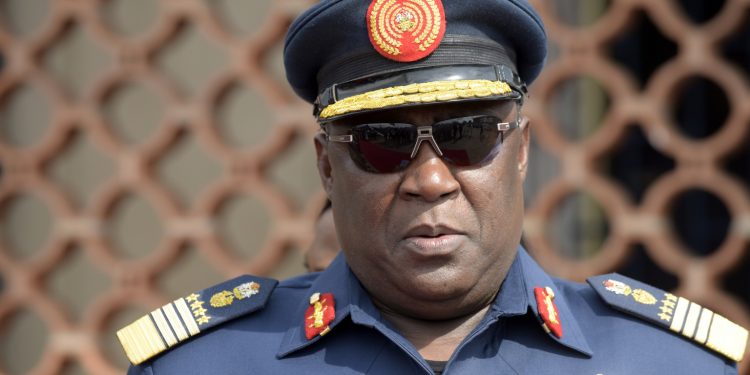 Marshall Badeh was reportedly shot dead on Tuesday evening by gunmen at Gitata, along the Abuja/Keffi Road.

The military has since recovered his remains, it was learnt.

Announcing his death in a couple of tweets on the official Twitter handle of the Nigerian Air Force, Air Commodore Ibikunle Daramola said, “It is with a heavy heart that I regretfully announce the unfortunate demise of former Chief of Defene Staff, Air Chief Marshal Alex Badeh, who died today, December 18, from gunshot wounds sustained when his vehicle was attacked while returning from his farm along Abuja-Keffi Road.

“On behalf of officers, airmen and airwomen of the Nigerian Air Force, the Chief of the Air Staff, Air Marshal Sodique Abubakar, commiserates with the family of the late former Chief of Defence Staff over this irreparable loss.

“We pray that the Almighty God grants his soul eternal rest.”

Badeh was born in Vimtim, a little town in Mubi Local Government Area of Adamawa State, into a family of peasant farmers. He attended Vimtim Primary School, Vimtim and went on to obtain his school certificate from Villanova Secondary School in 1976 before proceeding to the Nigerian Defence Academy. He was chief of Air Staff from October 2012 to April 2014 and, from that time, to July 2015, was chief of defence staff.

Buhari has Handed Over Nigeria to Terrorists- Deji