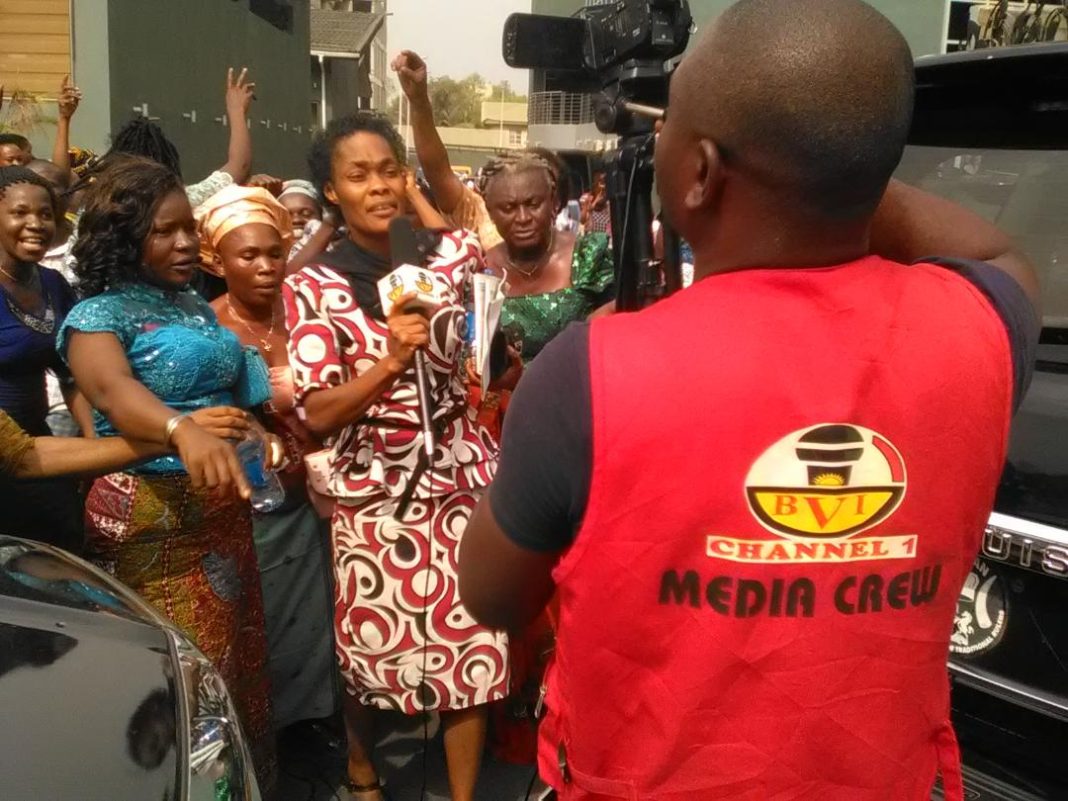 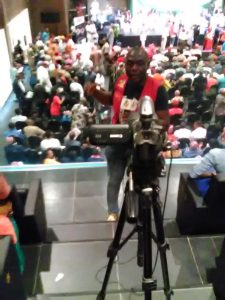 Members of the Indigenous People of Biafra, IPOB, on Thursday caused serious stir at the ‘Handshake Across the Niger’ summit held in Enugu.

The summit, which had earlier progressed without hitch, witnessed an uproar as soon as the President-General of Ohanaeze Ndigbo harped on restructuring.

Nwodo’s demand for restructuring was greeted with loud disenchanted voices from the pro-Biafra agitators.

The Ohanaeze President while recognizing their freedom of expression in a democracy, said such must be done in a civilized manner.

This is as an array of Biafra apologists, who had stormed the summit in their numbers, disrupted his speech with a shout of “No, No, we want Biafra not restructuring; IPOB are not terrorists, herdsmen are terrorists; Nnamdi Kanu we know, who are you?”

The women among the pro-Biafra agitators, to the shock of guests, pulled off their top wears, leaving only brazier, as a way of driving home their point.
It took several minutes for the organizers to calm them down, with an assurance that they would be allowed to present their case formally to the summit.

Chairman of the local organizing committee of the summit, Chief Ifeanyi Ubah, former aviation minister, Femi Fani-Kayode and several others moved straight to the area where the IPOB members were seated and made efforts to pacify them.

Ubah, who later apologized to the guests over the uproar, ‎appealed to the IPOB members to remain calm as one of them would be invited to make a presentation.

They continued pro-Nnamdi Kanu chants outside the venue, while insisting that they would not accept anything as alternative to Biafra.