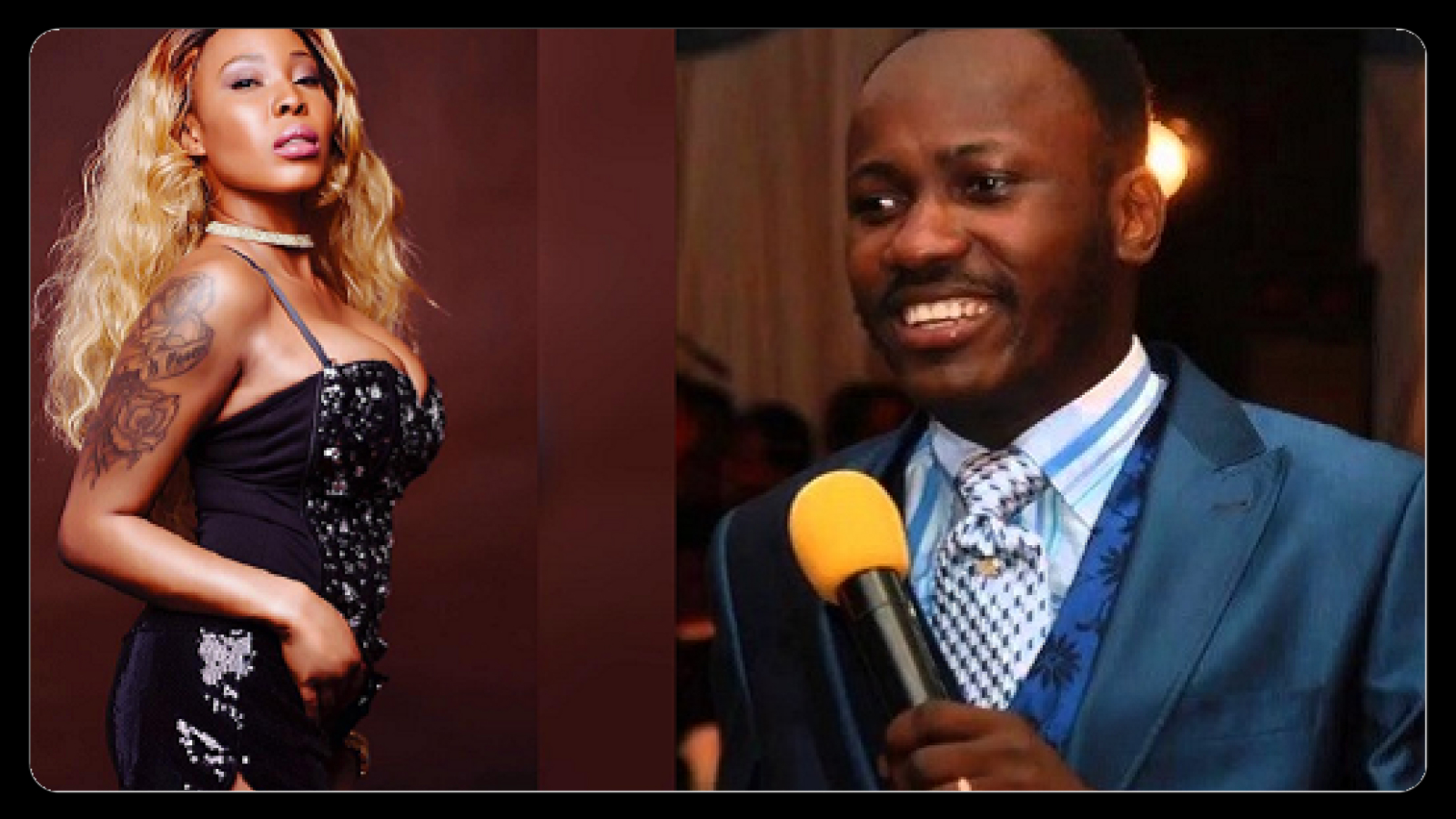 The General Overseer of Omega Fire Ministries Worldwide, Apostle Johnson Suleman, on Monday distanced himself from the arrest and detention of Stephanie Otobo by the police last Friday, March 3, 2017 over alleged blackmail.

The allegation against Suleman came about one month after his interrogation by the Department of State Services over alleged incitement in his sermon in which he advised that Fulani herdsmen who came near his church should be killed.

The cleric in a statement by his Communications Manager, Phrank Shaibu in Abuja, said there was no amorous relationship between the said Otobo and himself, including a promise to marry her.

According to Shaibu, the lady was allegedly arrested by operatives acting on a tip off that she had repeatedly tried to blackmail Suleman, including demanding N500 million from him, failing which she threatened to expose a purported amorous relationship between her and the Pastor.

Our correspondent reported that a legal practitioner, Festus Keyamo, had demanded N500m on behalf of Otobo and also accused Apostle Suleman of allegedly procuring policemen to intimidate and detain his client unlawfully, having earlier promised to marry her.

Shaibu said Keyamo was misled into believing that there was an amorous relationship between Apostle Suleman and Otobo, addding that the lady was “caught up by her own machinations as she was arrested while trying to withdraw money paid into her account by the church in a sting operation coordinated by the police.”

He said, “Unknown to Keyamo, the police was alerted following several attempts by the said lady to blackmail Apostle Suleiman. The police also recorded her conversations while making the frivolous demand.

“The high point of the drama was her attempt to withdraw money paid into her account at the instance of the police. The lawyer should know that his client was arrested by the police with abundant evidence confirming that she is, indeed, a serial blackmailer.”

Shaibu also denied Keyamo’s claim of an amorous relationship and a promise by Suleman to marry Otobo, wondering how such a transaction could have taken place without any iota of evidence.

He said, “Let me place it on record that the lady in question is a self-confessed stripper in a night club in Canada who, like thousands of people that seek help from Apostle Johnson Suleman, called to pretentiously convey her intentions to embrace Christ and also needed financial help to keep body and soul, as she no longer had a means of livelihood after quitting as a stripper.

“Does Keyamo or his serial blackmailing client have pictures of the visit by Apostle Suleman or his representatives to her parents?

“In any case, how could such a relationship have existed when the Apostle and the said lady have never met physically? “How could he have made a promise of a house and a lifestyle comparable to what she had in Canada when he has never been to her house or seen her physically as to have an idea of her living standards?”

According to him, Keyamo must have been misled or excited by the prospects of getting a whopping N500m, both reasons for which two letters were written and sent to Suleman.