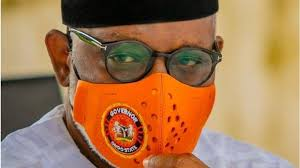 Elders in the South West have thrown their weight behind the governor of Ondo State, Chief Rotimi Akeredolu’s quit notice to herders to quit the forests in the state following the growing cases of kidnappings traced to criminals hiding in the areas. The elders, who also took swipe at the Presidency over the latter’s statement cautioning the governor against his directive, accused the Presidency of undue meddling in issues within the purview of the state.

Recall that following the high rate of kidnappings in Ondo State, allegedly committed by criminals hiding in forests across the state, the governor had given herdsmen a seven-day ultimatum to vacate the areas. But reacting, after Fulani leadership under the aegis of Miyetti Allah Cattle Breeders Association of Nigeria, MACBAN, cried out over the governor’s action, the Presidency in a statement by the Senior Special Assistant to the President on Media and Publicity, Mallam Garba Shehu, cautioned the governor against his action, saying the herders cannot leave the dreaded forests for any reason. The development has drawn the attention of some Yoruba elders who accused the federal government of abandoning its core responsibilities to meddle in issues within the purview of state governors.

Speaking under a group, Coalition of Oduduwa Elders, the Yoruba elders warned the Presidency to steer clear of governance issues in Ondo or any other state in the country, saying the governor’s action was the best in protecting the lives of Ondo citizens because, according to them, the federal government which has exclusive control of conventional security architecture in the country, had failed to protect the people. The group, in a statement signed by its National Coordinator, Dr Tunde Aremu and National Secretary, Barr. Mrs Folake Ajasin, respectively, asked the governor not to be distracted by actions of those it noted, ” have failed to safeguard the lives of Nigerians” but be firm and decisive in his actions aimed at giving Ondo people safety. Regretting that Ondo forests have become launching pads for herdsmen, the elders noted that the “herdsmen coming into the state are doing so not for the purpose of grazing, but killing and destroying property.” “The marauders, who usually come without cattle, engage in kidnappings, attacking communities in the guerrilla style of warfare, killings, burn houses and destroying other property! Should the governor fold his hands and look the other way while his people are being massively kidnapped, killed and their property destroyed? No, these have to stop now. And the only way to stop it is what Chief Akeredolu has done,” they said. While commending Governor Akeredolu for what it described as his “bold steps” in safeguarding the lives and property of citizens, the group wondered why the Presidency had only stepped in at a time the governor asked alleged “perpetrators” to quit the places of their nefarious activities.

“We, the Yoruba elders under this noble umbrella body known as Coalition of Oduduwa Elders have watched with great concerns the turn of events in the South West, especially in Ondo culminating in the notice to herders to quit forests by Chief Rotimi Akeredolu, SAN. ” We have equally painstakingly watched the rushed statement by the Presidency through one of its spokesmen, Mallam Garba Shehu, cautioning the governor against his action and instead, declaring that the people who have been identified to be responsible for kidnappings, banditry and killings in the state cannot vacate the areas they use to carry out their nefarious activities. “This is strange to us given that the Constitution of the Federal Republic of Nigeria vested certain powers on state governors as chief security officers of their respective states on certain steps they can take to safeguard the lives of citizens and their property. Akeredolu, to the best of our knowledge, is a sitting governor of Ondo State. Until he is out of office, he has the constitutional mandate to device the best ways possible in giving his people who voted him into office good and quality leadership. The quit notice to herders to leave Ondo forests is one of those steps he has taken to protect the citizenry. So, we ask the Presidency to leave him alone,” they said. The Yoruba group, said: “We observed that the Presidency’s statement came only shortly after the leadership of Miyetti Allah Cattle Breeders Association of Nigeria (MACBAN) publicly called on it to come out with urgent reaction regarding the governor’s action. We are surprised that the Presidency which has not reacted to the cries of the people of Ondo or South West, leaving the region to form Ametokun security outfit to protect its people, would be so concerned to issue a rushed statement over the governor’s action! ” The group reminded the Presidency that “Akeredolu is a governor of a state and one of his major responsibilities is the protection of lives and property besides the welfare of his people. ” Noting also that the governor was a lawyer whose versatility in law field had taken him to the pinnacle of the profession, hence would not do anything outside the nation’s law, the Coalition berated Garba Shehu over his statement, wondering if actually, it represented the Presidency. “We strongly believe that as a Senior Advocate of Nigeria, SAN, the governor knows the position of law regarding the action he has taken to protect the Ondo people,” it said. While noting that herders, like other citizens, have the rights to live anywhere in the country, the Yoruba group said,”They (herdsmen) must be reminded that their rights stop where other people’s rights start”, adding that:’Their rights can only be guaranteed if they live in peace and harmony with their host communities.” The Yoruba elders regretted that the leadership of Fulani cattle rearers which they noted, had failed to call criminals in their midst to order, was quick not only to condemn the governor’s action but also call on the federal government to immediately act with a view to stopping the governor carrying out his quit notice order. “We had expected Miyeti Allah and all the Fulani bodies to rise against the criminal elements in their midst who are bent on tarnishing their reputation, but instead they have surprisingly looked the other way until the governor came up with this measure to stop the ugly situation. ” If they were not complicit in the acts, why were they not speaking out against these despicable acts of their kinsmen? They ask. The group which expressed disappointment over the statement by Garba Shehu wondered whether it had the authorisation of the Presidency as he portrayed, tasking the latter to always make critical examination of the former’s drafted statements before approving release to the public in order not to ridicule President Muhammad Buhari and his administration before Nigerians. “We call on Garba Shehu to stop disgracing President Buhari’s government. We also call on the Presidency to always vet Garba Shehu’s statements before giving consent for release to the public,” the Coalition said.

Video: Is Nigeria Really One? Watch This Video