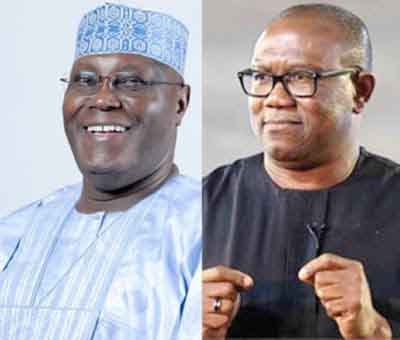 There are strong indications that the Independent National Electoral Commission (INEC) may lift its ban on political campaigns, following the one week postponement of the presidential and National Assembly elections.

INEC Chairman, Prof. Mahmood Yakubu, had, during a meeting with stakeholders in Abuja, last Saturday, insisted that INEC would not lift the ban on campaign even as he quipped that “it is difficult for any political actor to be silent.”

Regardless, reacting to the directive by the Coalition of United Political Parties (CUPP) to its members to start campaigning for the Peoples  Democratic Party (PDP) presidential candidate, Atiku Abubakar, National Commissioners and chairman Information and Voter Education committee, Festus Okoye, said a meeting has been scheduled between the commission and stakeholders; to deliberate on the possibility of lifting the ban on campaign.

“We are actually going to meet with stakeholders, to deliberate and take a final decision on the issue,” said Okoye.

Meanwhile, leadership of the All Progressives Congress (APC) has convened a national caucus meeting in Abuja, today, to restrategise for the rescheduled presidential and  National  Assembly elections for this weekend.

Although a short message from the party, announcing the meeting was silent on the agenda, it, however, stated that it will hold at the party secretariat, starting in the early hours of day, unlike previously when it held inside the State House.

In a related development, APC has said the ruling party is more concerned about the electoral commission perfecting arrangements to conduct credible and acceptable polls by the weekend than continuation of political campaign.

Earlier, APC National Chairman, Adams Oshiomhole, reportedly told the British Broadcasting Corporation that the party will continue with its campaigns.

Also, the National Publicity Secretary, Mallam Lanre Issa-Onilu, told Daily Sun that “INEC should have their reasons for such decision.

“What is more important to us, in APC, is for the Commission to get itself together and correct whatever that must have led to the postponement.

“The Commission has just few days to ensure that they tidy up  every loose ends so that we can have smooth  and credible elections. We are not concerned about continuing with campaigns but conduct of an acceptable peaceful election this weekend,” he reiterated.