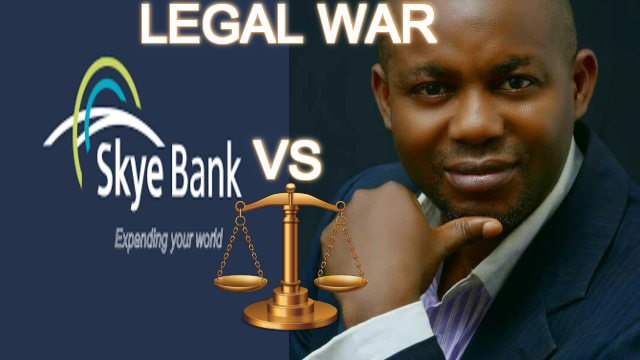 Both Parties entered appearances today and further proceedings on the substantive matter will be coming up on 23rd April, 2018.Counsel to the Biafran Activist –A.S Chukwuemeka of Agozie Mmotoh & Co told BVI Channel 1 Online that his Client has a very good case against Skye Bank Plc and concluded by saying that he has total confidence in the sanctity of the Court to do justice in the case one way or the other.

However, the Plaintiff –Comrade Ndubuisi Anaenugwu insisted that his case against Skye Bank Plc was not about himself but for the sake of justice and to prove to the whole world that there is a price to be paid for negligence and breach of trust mostly when the Custodian of money is involved. Ndubuisi confirmed to the Reporter that he is ready to follow up the case to the logical conclusion .