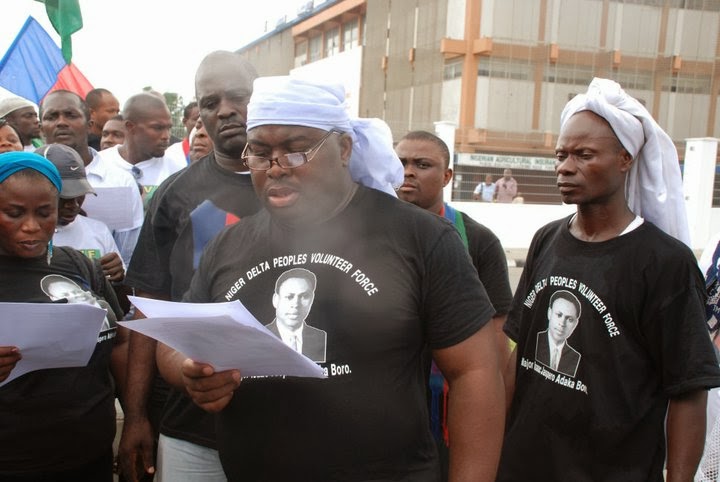 STAKEHOLDERS from the Niger Delta, under the aegis of the Pan-Niger Delta Forum (PANDEF), after the meeting  with Acting President Yemi Osinbajo, last night withdrew their November 1 ultimatum in which they urged the Federal Government to meet their 16-point agenda or they withdraw from the peace talk.

Speaking to State House Correspondents at the end of the close to five hours meeting, the leader of the group, Edwin Clark, described discussion as “honest, truthful and forthright,” adding that they were “very very satisfied.”

He said: “No more ultimatum. We agreed on many things. They came with their own address; the ministers all spoke, presented their cases and at the end, the Acting President rounded it up. We saw his genuineness and forthrightness; he is a gentleman. We are satisfied. We have agreed to work together and the issue of dialogue must take place.

“The message we are sending back home is that we had the opportunity to meet with Mr Acting President and we discussed our 16-point agenda and government’s 20-point agenda, and we are all satisfied. We all agreed that everyone should maintain peace.”

On  MEND disassociating itself from PANDEF, Clark replied: “MEND was in the meeting. Jomo Gbomo does not exist as a human being, that is a ghost name, fake name. Other organisations were here. I am the leader of the Niger Delta and every leader you can think of, from Cross River to Ondo State, were all here today.”

Minister of Petroleum, Ibe  Kachikwu, who also addressed newsmen, said the environment of the meeting was not that of ultimatum, and that the group had pledged its loyalty to the government.

He said: “We discussed how far we have gone with the implementation of the 16-point agenda. Several issues relating to the university, the development of the region, amnesty programme, NDDC operations in the Niger Delta. It was very exhaustive.

“Today’s was environment of peace, calm, friendliness and mutual dialoguing of issues, where we are coming from and most pressing issues that they have.

“There is more consensus; it is not an alarm meeting that we are going to pullout of the negotiations. They did, in fact, pledge their loyalty and their willingness to continue to work with us.

“I didn’t see an environment of ultimatum here.”

The FG/PANDEF meeting nothwithstanding, a new group, the Coalition of Niger Delta Agitators (CNDA), has issued a fresh set of demands to the President Muhammadu Buhari-led Federal Government, warning that failure to adopt full devolution of power and fiscal federalism, they would declare Niger Delta Republic.

In a statement signed by their different heads, the agitators said they would work with similar groups in the South-East and South-South to ensure that their objective to actualise the Niger Delta Republic.