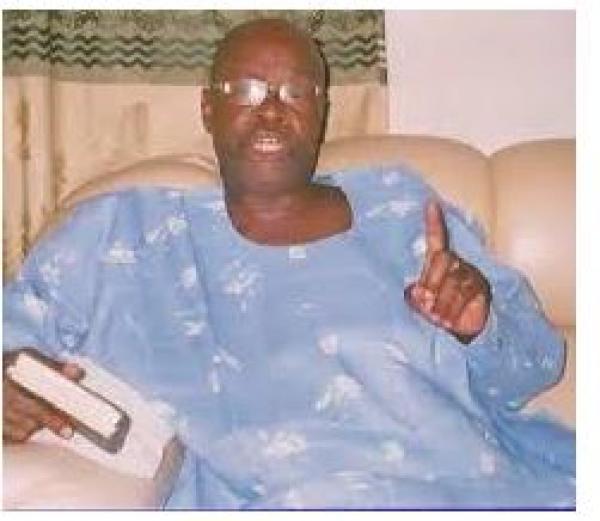 An Enugu-based Prophet, Anthony Nwoko, has claimed that the leader of the Indigenous People of Biafra, IPOB, Mazi Nnamdi Kanu collected money from Alhaji Atiku Abubakar of the Peoples Democratic Party, PDP, on the eve of the presidential election.

DAILY POST reports that Kanu, who was propagating election boycott message changed his stand few days to the election, after he announced that an unnamed document had been signed.

Prophet Nwoko has now come out to say that the IPOB leader received cash from Atiku, the PDP presidential candidate, to call off the boycott.

Addressing a press conference in Enugu on Tuesday, Nwoko also came hard on leaders of IPOB, MASSOB, BIM and other pro-Biafran agitators, saying that they do not have the mandate of God to lead the struggle for the real freedom of the people.

“On the part of Nnamdi Kanu, whatever money he collected from the PDP, which I saw from the revelation, let Atiku go and collect his money back.

“Forget about IPOB business with Biafra. IPOB and other groups don’t have any standing to talk about Biafran nation because they are not mandated to do it.

“Nnamdi Kanu has already decided that he will not walk within Christ’s mandate and for that reason, IPOB and his group should forget about the Biafran message that God has sent to his people.

“Wherever Nnamdi Kanu is, let him and his boys sheath their sword and seek peace. Many have died in the name of IPOB. Seek the light through prophet Nwoko. You will see the light before May 29th this year if you are ready to seek the face of God.

“Prophet Nwoko is using this medium to tell my people to repent for the hour has come. You want Biafra, give me seven days, I will deliver it to the whole nation. Biafra is not a hidden mandate, it is a nation that will give peace to the entire world.”

On Buhari’s re-election, Nwoko said, “If he thinks he is going to rule Nigeria with this kind of situation the nation is in right now, he is making a blunder. God did not accept his first four years and he has also rejected his second tenure.”

The Prophet said that Nigeria was in darkness as a result of bad leadership, noting that the election which was held in the country could not guarantee peace and stability but more troubles.

“It’s time for Nigerians to know that the election that was conducted was not the will of God. The time has come for the world to know the truth because the Bible says that you shall know the truth and the truth shall set us free.

“Anybody thinking that Nigerian election will give them peace and happiness is on the negative side. God did not approve this election. God did not welcome Buhari again neither did he want Atiku.

“Let Atiku go to court and withdraw his case. The chapter of PDP is closed from heaven. There is nothing like PDP and APC right now in heaven.