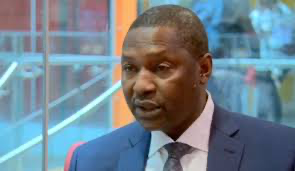 In October 2020, young people across Nigeria took to the streets calling for disbanding an abusive police unit known as the Special Anti-Robbery Squad (SARS) and for ending brutality in a movement tagged #EndSARS. As part of the protest, rampaging ENDSARAS youths besieged the palace of the Oba of Lagos on Wednesday, October 21 and various forms of destruction were recorded.

In the aftermath of the attack on the Lagos monarch’s palace, the Lagos Police Command swept into action and some arrests were made. The police brought 15 suspects before a Lagos State Magistrate Court sitting at Ogba, in the Ikeja magisterial district, with charges bordering on theft and felony. The court documents with the charge number CR/MISC/ES/L/002020 revealed that all the suspects charged by the Nigerian Police are Messrs Eniafe Olawale, Gbenga Ajayi, Lamidi Rafiu, Oladunmoye Ayodeji, Soliu Tajudeen, Ahmed Olayinka, Samuel Damilola, Wasiu Grewa, Habib Salit, Nurudeen Yusuf, Safiu Quadri Lekan, Afolabi lukuman and Yusuf Babalola.
On Friday, October 22, 2021 the Minister of Justice and Attorney-General of the Federation, Abubakar Malami, addressed a press conference where he spoke extensively on the allegations against Nnamdi Kanu, leader of the Indigenous People of Biafra (IPOB).

Malami during the press conference in Abuja reiterated that “Kanu has been working against the Nigerian nation based on his actions and speech”. Malami accused the IPOB leader of “instigating others to attack public properties, security agents, civilians and any other perceived enemy using Radio Biafra as a major means of communication”. Malami went further to state that there were several IPOB/ESN attacks and destruction (arson) of public and private properties during the EndSARS and Biafra agitations across the country, especially in the South-East and South-South regions, notably the Palace of the Oba of Lagos where twelve (12) flats were completely looted and vandalized. Malami also claimed that “over one hundred and fifty (150) buses were burnt at the Lagos Bus Terminal, Sen. Ndoma Egba’s home in Calabar Municipal, Cross River State, was completely looted and vandalized”. The AGF also claimed that some prominent Nigerians like All Progressives Congress (APC) chieftain, Ahmed Gulak was killed by IPOB, etc

Before I proceed, some clarifications are necessary. The Indigenous People of Biafra, IPOB is mostly populated by the Igbo. The Ohanaeze Ndigbo Worldwide and the Leader of IPOB, Mazi Nnamdi Kanu are united against the orchestrated marginalization of the Igbo in one Nigeria. For instance, the South East of Nigeria has the least number of states compared to other six geopolitical zones in the country; the least number of local government areas, the least number of seats in the Senate, the least number of seats in the House of Representatives, the least in the federal budget allocations, least in the distribution of constituency projects, zero representation in the headship of the security architecture of Nigeria, zero minister in grade A category of the ministries, unemployment to Igbo Youths; and indeed obvious conspiracy against the South East in every sector of the Nigeria polity. The major roads passing through the South East, namely, the Enugu Onitsha road, Enugu Port Harcourt road, Oturkpo-Enugu road, etc are death traps. In addition, the Fulani herdsmen roam about with AK 47 rifles, ravage the farms of the Igbo rural dwellers, debauch their women, abduct their men, maim and kill, and no arrest is made by the relevant authorities.
The point of divergence between the Ohanaeze Ndigbo and the IPOB is that while the former believes that the Igbo ingenuity will find full expression in a restructured Nigeria, the latter appears to be tired of the age-long marginalization of the Igbo in a country they have sacrificed so much to build. In other words, the IPOB are our children and we owe them undiluted love, duty and responsibility. Therefore, any unwarranted attack on IPOB is an attack on the entire Igbo.

Ladies and gentlemen, one will think that a Senior Advocate of Nigeria (SAN) and the Attorney General of the Federation (AGF) the Chief Law Officer of the Federation, should be above board. From the names of the above culprits, there is no Igbo among them. It is therefore advised that Malami should not be so cheap for the uninitiated to discover his shenanigans. In other words, the above remarks by the AGF is very inelegant, imprudent, malicious, treacherous and fallacious. That the IPOB vandalized and looted the Palace of the Oba of Lagos and burnt over one hundred and fifty (150) buses at the Lagos Bus Terminal were mere ethnic cards simply intended to play up the Yoruba against the Igbo.
It is important for Malami to know that the bond between the Yoruba and the Igbo is strong, inseparable and beyond his narrow machinations. Malami should know that the Yoruba do not spill the Igbo blood and vice versa. The likes of Colonel Adekunle Fajuyi, who chose the supreme prize instead of betraying an Igbo in the person of General Johnson Thomas Umunnakwe Aguiyi Ironsi, have replicated across board in millions. Perhaps, Malami does not know the historic role played by the current Oba of Lagos, as a Police Officer, for the return from exile of Dim Chukwuemeka Odumegwu Ojukwu, the Ikemba Nnewi in 1982. Malami should know that the Igbo- Yoruba relation has given rise to several high profile intermarriages with bubbling grown up children and grand-children. More of the above sources of unity and inter-ethnic solidarity were accentuated when the President General of Ohanaeze Ndigbo Worldwide, Ambassador Professor George Obiozor paid a courtesy visit to the Governor of Lagos State, Mr. Babajide Sanwo-Olu, in his Lagos Office.

Malami should know that the Internet World has left him behind. All his game-plans are crude and anachronistic. The Malami sinister motives of heaping all criminalities in Nigeria on IPOB or the Igbo including the crimes where arrests have been made and the known culprits already arraigned is most unethical, unprofessional and unbefitting of his Office. Some other crimes that Malami ascribes to IPOB are still under investigation and arrests so far made are not linked to IPOB. The Malami perversions are very strange to Law and indeed a new dimension in Nigerian justice delivery system.

Malami card is to paint the South East of Nigeria as a terrorist zone, to prepare a ground for the use of the newly acquired American Super Tucano Fighter Jets in the zone. Malami should be reminded that the very condition for the sale and release of the jets to Nigeria by the USA is that they will be used strictly to fight the Boko Haram terrorists in the North East and incessant Banditry in the North West. Furthermore, Malami is playing god by believing that the 2023 is the end of the world and is plotting hard against the Igbo interest.

Unfortunately, Malami has crossed the red line.
Ohanaeze Ndigbo calls on the Nigeria Barr Association (NBA) to re-examine Mr. Abubakar Malami in a bid to establish his suitability and competence for the elevated Office he occupies.

Ohanaeze Ndigbo still believes that all these grandstanding and hyperboles by the federal government about the Igbo or IPOB are machinations in self-denial. The solution to the crises in Nigeria lies in justice and dialogue. If the federal government can encourage dialogue with the notorious Bandits, Boko Haram and Fulani Herdsmen, it is therefore expected that what is good for the goose is mutatis mutandis, good for the gander.