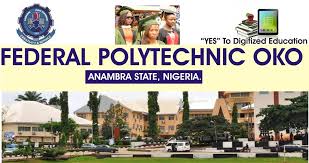 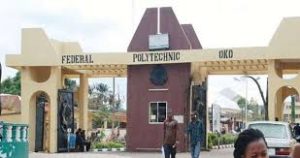 BVI Channel 1 has got  report from Students of Federal Polytechnic ,Oko on the impending ‘war’ between the Polytechnic Management and the students. Amara told BVI Channel 1 online that Students will resist the management  insistence on the use of paper and pen to write exam. According to Amara, a HND student of Federal Polytechnic, OKO, ”’ using  paper and pen is like returning to Egypt where Pharaoh in the name of some Lecturers will seize   the opportunity to start extorting money from innocent students” Amara concluded that students will move to the street if school management did not revert to CBT. There were general unease within the school environment yesterday as many students were seen in different spots talking about the latest move to stop computer based test for pen and paper test. 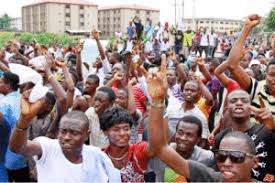 It should be noted that students stand for CBT for the simple reason that they see their results and score(s) immediately after sitting for exams and that there is nothing like sorting the lecturers for marks but for Pen and paper test , the female students will turn to sex slave rags to lecturers to avoid missing results among other gimmicks from lecturers
Ndubuisi reporting for BVI Channel 1 Online