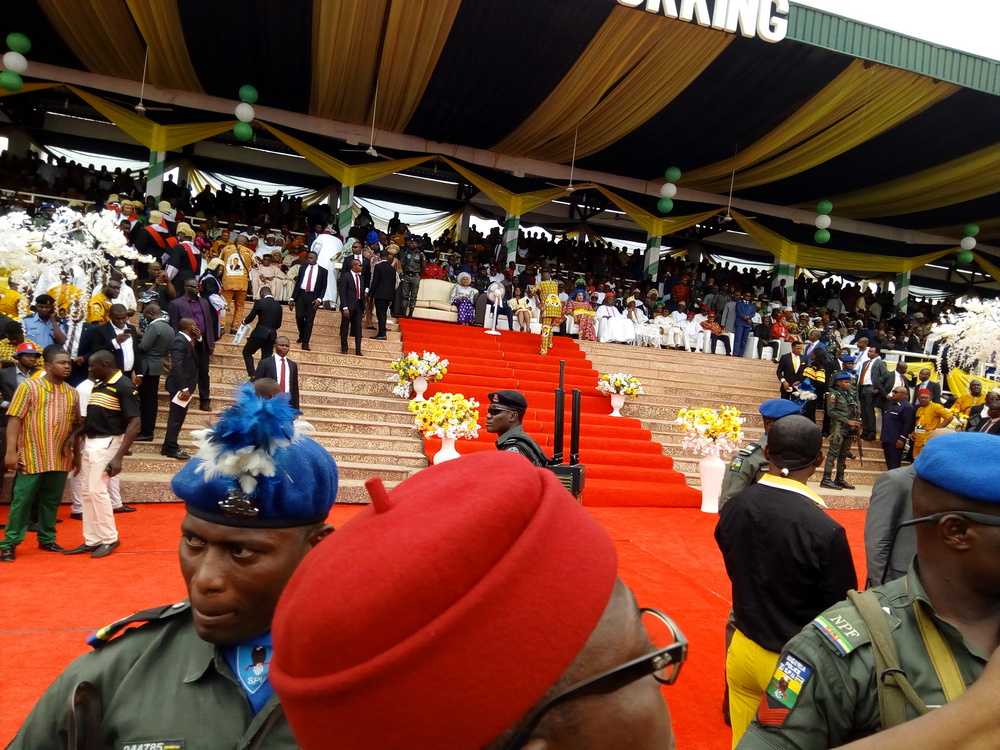 Chief Willie Obiano and his Deputy, Dr Nkem Okeke were yesterday sworn-in to begin their second term in office as governor and deputy governor of Anambra State amid pomp and fanfare.

The swearing-in, which was officiated by the Chief Judge of the state, Hon. Justice Peter Umeadi, witnessed the convergence of Anambrarians from all parts of the country and in the Diaspora, as well as other visitors, including the Vice President, Prof. Yemi Osinbajo, who was represented by the Minister of Labour and Employment, Senator Chris Ngige and five governors gracing the occasion.

The inauguration which was a carnival of sort saw the entire state almost brought to a halt as both traders, including transporters left their businesses and stormed the Dr Alex Ekwueme Square venue of the event to support and hail the man that has graduated from an “Alert Governor” to a “21 over 21 Governor,” following the feat he achieved in the November 18, 2017 governorship election.

Welcoming the people to the ceremony the Chairman, Obiano Second Term Inaugural Committee, Hon. Ifeanyi Ibezim said that he had shown commitment and fidelity as he has kept his words in making the state an investment hub.

Obiano, he said, had completed all the projects he inherited from the previous administrations, saying that he fulfilled all his campaign promises.

In his inaugural speech entitled: “A Consolidation of Excellence,” Governor Obiano described himself as a product of love, which is the people’s love for the state and for good governance.

He said: “I am the proof that we have attained great political maturity in this state. I am the evidence that when the occasion demands, we can rise together as one and that when we stand together as one, we can bend the tide of destiny in our favour,” adding that he was in the state to serve.

“Never before has our beloved state witnessed the electoral history that you created on November 18, 2017. And today, I stand on the crest of your love to declare a new season of excellence for our beloved Anambra State. Our dear state is on a journey of self-awakening and discovery. We are reaching for the stars with the moon beneath our feet. And I am most grateful to you for choosing me and Nkem Okeke to lead you on this journey.

“I have no doubt that when Dim Chukwuemeka Odumegwu Ojukwu looks down from heaven, he would be proud of what you did on November 18, 2017. He would be happy that when the people he anointed to preserve his legacy jumped ship, you fought hard enough to keep the political vessel he bequeathed us afloat on the turbulent sea of Nigerian politics.

“Let me assure you here that the democratic garden you watered with your votes on November 18, 2017 will bloom with the flowers of progress. It will flourish to our joy and happiness and to the admiration of all Nigerians. We shall work together, dream together and create new narratives with happy endings for ourselves. Our dream is within a touching distance under my watch! We can see its gleaming surface on the horizon.”