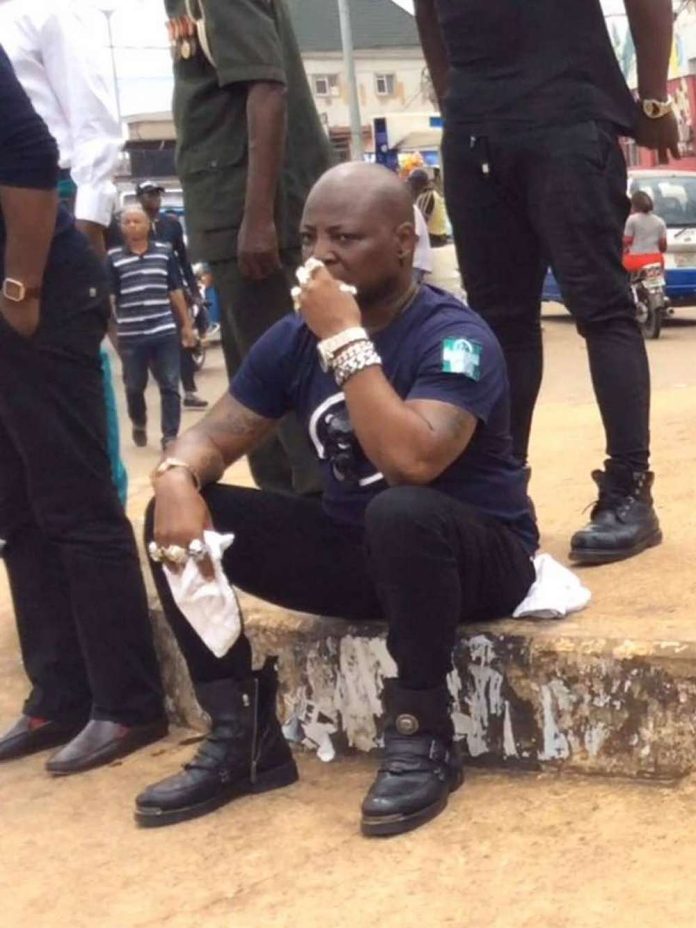 OURMUMUDONDO MOVEMENT has announced a new campaign mantra-  NAWEBEGOVERNMENT.In announcing the campaign before news men in Abuja yesterday,the Movement noted that the gravest challenge of entrenching democracy in Nigeria is the lack of effective engagement of the citizens in political governance. This lack of engagement results in lack of real accountability, corruption, poor governance and the general failure of political leadership.

The movement also recognizes the expediency of salvaging Nigeria from these intractable challenges and decades of oppression and executive misrule in governance. Noting that it is shameful enough that after fifty-eight years of independence from the British colonial masters, Nigeria is still struggling to establish basic social amenities for the common people.
The Movement noted that the future of Nigeria is presently hanging in the balance owing to the many years of misrule in the country. In the Statement released to BVI Channel 1 online,the National Secretary of the Movement -Comrade Adebayo Raphael stated  ‘The collective wealth of the people has been greedily characterized  by the oppressive few, and corruption in governance has been normalized to become something cool. Without any iota of doubt, we are living in a malfunctioning society”
”In a malfunctioning society or system, there is a widespread disconnection between the people and the leadership, and pervasive absence of good and accountable governance, which is contrary to the will of the common man. What’s more, corruption thrives, and poverty is endemic in a society where there is no mutually beneficial interface, contract or agreement between the people and the political class for tracking the performances of those in leadership positions.
It is in view of the foregoing and in the group’s vehement interest in bringing about a social change that benefits the common man that we have decided to commence a national reawakening project called; The Nigerian Social Contract Initiative (NSCI).
The NSCI project is fundamentally premised on the socio-political urgency to scale up citizens engagement in governance as well as create a viable tool to demand an in-corrupt, pro-people, transparent, and accountable democracy. The Social Contract gives greater latitude for a preventive approach to fighting corruption especially when the people are actively involved at the national and sub-national levels of government, before, during and after elections. The social contract provides a tool for holding government accountable and a framework for the common people and the leaders of the state to negotiate for social change and political stability.
The purpose of this project, the first of its kind in our great country, is for the common man to first understand the concept and basis for a social contract as a necessary pact between the people and the political class, to demand a greater access to government through transparent and accountable leadership, prevent and curb corruption by getting involved, and participate by performing his or her civic duties.
This intervention will establish a give-and-take practice that will promote open government and bring value and satisfaction to both the electorates and those seeking to get their votes, before, during and after elections.
Through this campaign, the OurMumuDonDo Movement seeks to ramp up citizens engagement in the democratic process and also discourage the shameful and unenviable tradition of politics as a pecuniary transaction, where the electorates are induced by the political class.
Ultimately, this intervention will focus on inclusive participation in democratic governance, returning power to the rightful owners (the people), discouraging the trading of votes during elections, scaling up citizens performance of civic duties and encouraging the culture of asking questions and holding leaders accountable” The Statement concluded.The Statement was personally signed by Charles Oputa ,Chairman/Convener –NAWEBEGOVERNMENT Campaign and OurMumuDondo Movement
#
Maureen Reporting for BVI Channel 1