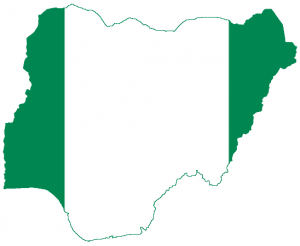 Promoters of the Coalition for Nigeria Movement (CNM) have unveiled its agenda, with former governor of Osun State, Prince Olagunsoye Oyinlola as the arrowhead.

Prince Oyinlola warned at the Abuja launch, yesterday, that Nigeria is inching towards a dangerous and helpless point and cautioned that unless a bold step is urgently taken, the country may face a conflagration that would be difficult to contain.

Obasanjo had, in an open letter to President Muhammadu Buhari, on Tuesday, January 23, dismissed the Peoples Democratic Party(PDP) and the ruling All Progressives Congress (APC) as platforms that have failed Nigerians.

The former president stressed that the two political parties have lost the trust and confidence of Nigerians.

On the basis of that, he canvassed the formation of a political coalition and charged the populace to embrace it, to help re-direct the country.

The former president was, however, not present at the formal launch of the movement, yesterday, but some of his aides and former PDP members were at the event.

Lamenting the state of affairs, Oyinlola, who is the coordinator of the Movement, contended that lack of equity and equality are responsible for the current tension and challenges facing Nigeria.

The former governor insisted that peace will continue to elude the country as long as there is discrimination against some Nigerians because of where they come from.

He said: “There cannot be peace where there is no justice, no equity.

“You will agree with me that they can not be peace where  there is no justice.

“The tensions and security challenges this nation faces, today, are direct products of social and economic justice.”

The former Osun governor emphasised that the country is sitting on a keg of gun powder and that sitting aloof will spell doom for the country.

He added: “Every sensible person must know that there is trouble ahead, unless something urgent is done.

“In the absence of credible social security programmes, the vulnerable and young ones have resorted to desperate actions, such as getting sold into slavery in Europe in this 21st century.

“Failure of leadership has robbed our country of greatness.”

He said the decision to float the coalition is to galvanise Nigerians, to wrest the country from few people who have left it more divided.

“You would understand why some of us have decided to make this  effort and are waking up the vast majority of our people to, for once, take their destinies in their hands, as demanded by the Constitution.”

Oyinlola maintained that insecurity and growing unemployment have made despondency and hopelessness more glaring on faces of millions of Nigerians, especially women and the youth.

On whether the movement will be registered as a political party or will affiliate with one of the existing parties Oyinlola, said the decision on what to do with the coalition was yet to be taken.

“We’re not a political party, at least, for now.

“We recognise the facts that, by the dictates of the Constitution, you can only contest on the platform of a political party.”

He also denied insinuations that the movement was formed to legitimise Obasanjo’s legacy.

Rather than that, he said the movement is determined to use the instrument of democracy to replace the the current state of affairs.

“It is a shame if we all fail to use the powers of democracy to fight and defeat this devil.

“What, then, are the specific aims and objectives of this movement?

“As stated earlier, this movement is here to promote the welfare of all citizens of a united Nigeria guarded by justice and fairness.

“In carrying out this task, we are taking into consideration the various calls for equity in political and social relationship across the various segments of the country.

“This Movement, therefore, has as its cardinal objectives, the promotion of equity and equality of opportunities for all our compatriots, in order to have a truly just and united Nigeria.

“In more specific terms, we invite our youths and women to use the window provided by this Movement to take their desired place in the leadership of their country.

“The women and youths are very vital but vulnerable segment of our population that needs special attention.

“Women in the formal sector need further encouragement while those in the informal sector desire enhanced assistance to realize their potentials,” said Oyinlola.

Briefing journalists on the launch, in Abeokuta, yesterday,  Obasanjo’s Media Aide, Kehinde Akinyemi,  said the former president will personally perform the launch at  the Ogun State Secretariat of the Nigeria Union of Journalists, Oke-Ilewo, in Abeokuta.

“The registration of members for the Coalition for Nigeria Movement (CMN), Ogun State chapter begins today .

“It will hold at the lwe-Irohin House, Press Centre, Oke Ilewo Abeokuta, starting from 10:00am and be  presided over by the special guest and Chief Convener, Chief Olusegun Obasanjo.”

Meanwhile, An advocacy group for the promotion of good governance in Enugu State, Youth Coalition for Good Governance, has raised the alarm that some politicians are trying to lure its members to deploy their platform to fabricate and dish out lies with the aim of misinforming members of the public and changing their positive opinion about the “visionary and people-oriented” administration in Enugu and the State House of Assembly.

The group in a statement by its coordinator and secretary, Hon. Ikechukwu Ibeh and Engr. Jude Onyema, stated that the alarm became necessary in view of the pressure being mounted on them by the desperate individuals to accede to their selfish request.

The body added that its leaders rejected the offer presented to them because of their conviction that the plot was immoral, mischievous and baseless.

The group disclosed that the ulterior motive of the sponsors of the planned smear campaign, in their usual tradition, revolves around their selfish political interest in 2019 general elections, adding that they had displayed similar crass desperation in the build-up to the 2015 elections, but failed woefully.

It further pointed out that the sponsors are envious of the good works of the present administration in the state in spite of the nation’s economic challenges and the goodwill, solidarity and support the government enjoys from the people as well as the undisputed status of Enugu as a peaceful and secure state.

The group stated that they also rejected the offer in appreciation of the harmonious and peaceful relationship between the state government and the House of Assembly, stressing that such devious plot should not be encouraged.

The body recalled that it is on record that the present administration had received several commendations from reputable institutions for prudent and judicious management of the finances of the state such as the federal government bailout funds to states, Paris Club refunds and monthly federal allocation, etc, to address the needs of the people, wondering why anyone would attempt to undermine these laudable feats.

It added that, “it is noteworthy that at a time most states are unable to pay workers’ salaries, the Government of Enugu State is up-to-date in payment of salaries; has recorded tremendous achievements in massive infrastructural development and even went further to pay the 13th month salary to civil servants of the state as Christmas bonus, among others, in keeping with its commitment to the wellbeing of the people”.

The group noted that those behind the plot are also uncomfortable with the harmonious working relationship between the executive and the legislative arm, which it said, was responsible for the many remarkable achievements in the state attained through due process and strict adherence to budget implementation.

While alerting the public of such mischief, the group advised that “those behind the plot should have a rethink and channel their energy and resources to useful engagements that would add value to the development of Enugu State”.

Meanwhile, Peoples Democratic Party (PDP) yesterday described  the report of the All Progressives Congress (APC) on restructuring of the country as deceptive.

The PDP in a statement by its National Publicity Secretary, Kola Ologbondiyan, dismissed the report “as a  ruse and another  fresh attempt to beguile Nigerians with another round of lies, empty proposals and hollow promises, ahead of 2019 elections,” same way it did in 2015.

According to the PDP,” it amounts to outright depravity that the same APC leaders who at assumption of office, rejected restructuring will now suddenly turn around to pose as fathers of a restructured Nigeria simply because the 2019 general elections beckon.”

Besides, the opposition party said the report is a ploy the President Muhammadu Buhari administration to divert the   attention of members of the public from the failings of the federal government.

The party noted that “the fact ( is) that the APC has no littlest intention of implementing any form of restructuring is completely manifest in the attitude and body language of its leaders including President Buhari, who in his 2018 new year address, rejected the idea of restructuring, by declaring that “When all the aggregates of nationwide opinions are considered, my firm view is that our problems are more to do with process than structure.

“Even Kaduna state governor, Mallam Nasir el-Rufai, who eventually became the Chairman of the APC panel on restructuring, had also on June 29, 2017, during an interview on Channels TV, denied that the APC promised restructuring and described Nigerians, who were taking his party to task on the issue, as ‘political opportunists and irresponsible’people.

“This is in addition to declaration by the Minister of Information, Alhaji Lai Mohammed, who in a Radio Nigeria (FRCN) interview programme on June 9, 2017, stated that restructuring is not President Buhari’s priority.

“From Borno state governor, Kashim Shettima, who was quoted to have said ‘to hell with restructuring,’ to the totality of APC leaders, none believes in either true federalism or restructuring by any name called.

“As a matter of fact, it is instructive to note that the APC refused to rally its members in the National Assembly to support or vote for any amendment that dwelt on restructuring when the federal legislature voted on sections of the constitution where amendments have been proposed in the direction of restructuring.

“If anything, APC leaders have consistently criticized any amendment that spoke or have a semblance of restructuring or true federalism.

“It is therefore deceptive that in the wake of their rejection by the people, the discredited APC and its dysfunctional government have suddenly woken up to parade as champions of a restructured Nigeria. This is a callous and wicked attempt to once again take Nigerians on a trip to the land of fantasy.

“We therefore urge Nigerians to reject the new ploy by the APC to deceive them for their votes in 2019. “