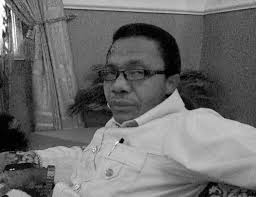 Since the return of the country to democracy in 1999, the Legislature has been at the receiving end, taking all the heat from Nigerians who have been anxiously waiting for the dividends of democracy. This is understandable for the reason that the Legislators are the closest to the people and deliverables of government or lack of them are often gauged through the lawmakers by the citizens. The same thing goes for public perception of the malfeasances in governance, which are also held against the Legislature by the people in most cases.

Yet, the role of the Legislature in the nation’s democracy cannot be played by the other arms of government and it is the legislative arm of government that is the actual delineator of democracy. This is undeniable since the Executive and Judiciary Arms of Government were never disrupted in the days of military interregnums in the country. Both arms therefore have enjoyed continuity, deep and rich institutional memories and capacities garnered from the colonial times to date, unlike the Legislature, which was truncated each time the military hijacked the government in Nigeria. This is the very reason the Legislature has very shallow institutional memory and weaker capacity and therefore has to do much more than the other arms of government to catch up and discharge its responsibilities more credibly and creditably.

Despite the herculean task assigned to it by the Constitution, the Legislature or, if you like, the National Assembly has remained largely reactionary, doing very little to set an agenda for a healthy public perception of its functions and performance. For instance, since the return to democracy, the National Assembly has passed hundreds of Bills but only very few Nigerians are aware of this, and know about the institutions it has created such EFCC, ICPC, FERMA, etcetera, and dozens of other legislative interventions, which have strengthened democracy and democratic governance in Nigeria.

Though it is not yet uhuru, democracy in Nigeria has made significant progress and the National Assembly has been pivotal in making these landmark achievements possible and as such, the arm should be celebrated and made more virile and NOT vilified and demonized as is presently the case.

What is mostly out there in the public domain, in the main, are talks about the Federal Legislators enriching themselves and awarding themselves humongous remunerations to become millionaires and billionaires overnight. This sustained negative narrative and the poor image buildup created against the National Assembly ought to be confronted and dealt with decisively so as to set the record straight and get the Nigerian citizens to gain proper perspective about this most important arm of government in a presidential democracy.

Indeed if Nigerians really want democracy, they have to position and strengthen the Legislative arm to be able to effectively serve as the buffer and to check the inherent tyrannical tendencies of the executive arm, which easily occurs even in advanced democracies as the United States witnessed under Donald Trump.

There has been equally the blackmail of the National Assembly being a rubber stamp of the Executive. There is therefore equally a need to educate the Nigerian public on the real meaning, essence and quintessence of the principle of separation of power, and why legislative independence does not in any way mean the same thing as antagonism of the Executive arm by the legislative arm. After all, the arms are of the government and do not have to be on a warpath or in an adversarial relationship to check one another or prove its independence and essence.

Apart from putting out there the correct information and facts about the Legislature at the federal level, the message needs to be psychologically crafted and deployed to be able to make the desired impacts. If the image and public perception of the National Assembly is not redeemed, it will continue to impede its place in the nation’s democracy as the foundation of democratic governance hence the urgent need for the National Assembly to really engage the Nigerian public deliberately and constructively.

Lai Mohammed as Minister of Information unsmilingly has been up and about telling both who cares to listen and who doesn’t why Nigeria is best governed today and why Buhari is the best deal Nigeria has ever had since colonial times for making happiness and life much more abundant. Despite his claims being largely delusional (since there is abundant evidence and facts existing to the contrary) the old man has a job to do. Yet, the National Assembly, which actually needs such aggressive information dissemination more, has virtually nobody speaking for it or making its case. For instance, nobody can tell who the Director of Information of National Assembly is if there is anybody like that. The last one heard was when David Minima held the position and retired a decade ago or more.

Bottom-line is: the National Assembly has NOT been proactive with engaging Nigerians, thus creating the lacuna easily exploited by the Executive to run rings round it and paint it in bad light. Each time the National Assembly comes under the hammer, it is seen running from pillar to post, offering very feeble defence of its activities and actions.

For example, what a senator takes home has been a matter of controversy and public debate and needlessly too. The National Assembly has never offered any coordinated response to the allegations of primitive accumulation of wealth by the Federal Legislators at the expense of Nigerians and has allowed the wild speculations on the so-called humongous amounts each federal legislator takes home. Some sources even presented a Nigerian federal legislator’s total take-home as more than the salary of the President of United Sates.

A proactive response ought to lay bare the issues concerning the Federal Legislator’s total emoluments long ago and compare same with their counterparts in the Executive and the Judiciary. The capital budget of the Legislative arm and those of the personnel and agencies under the National Assembly are often lumped together and given as what the legislators share among themselves. This is laughable; yet, for not engaging proactively, such claims have been bandied about, and as uncharitable as these presumptions are, they are allowed to stick to the public consciousness as facts. This is happening largely due to the laidback approach of the National Assembly leadership towards a healthy image and perception for the critical arm of government.

The reason the National assembly must engage and become proactive towards a healthy image of the arm is obvious: as the most important arm delineating democracy, its functioning indicates how well Nigeria’s democracy is working. As things stand today, the Legislature inspires very little hope and that reinforces how fledgling the nation’s democracy still is.

Let the Legislature nay the National Assembly claim its place so that Nigeria’s democracy may stand.

• Dr. Law Mefor is an Abuja based Forensic/Social Psychologist .