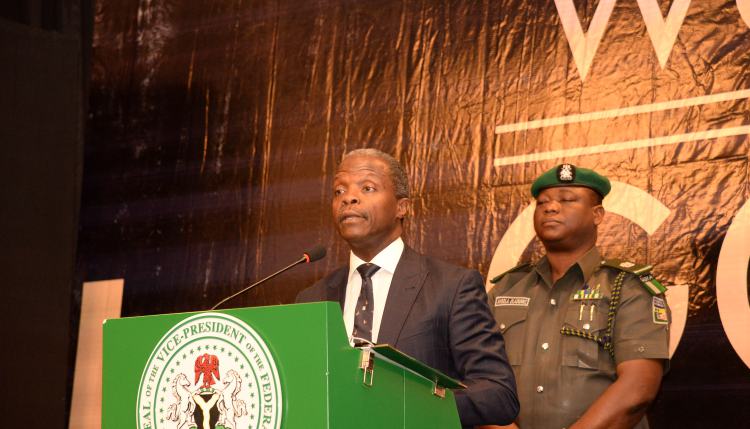 – As part of efforts by the federal government to curtail the crisis in the Niger Delta, acting President Yemi Osinbajo has given a new directive to oil companies

– The acting president, who spoke in Uyo, Akwa Ibom state, asked the petroleum minister, Ibe Kachikwu, to liaise with the oil companies to ensure this is done

Acting President Yemi Osinbajo has reportedly asked all international oil companies operating in the Niger-Delta region but with head offices in other parts of Nigeria to relocate to the zone.

It is believed that this is the first time such order would be given by the presidency since 1999 when Nigeria returned to democratic rule.

It is widely known that the oil companies carry out their operations in the region that is now seriously affected by spillage, but have their head offices in Abuja and Lagos.

Vanguard reports that Osinbajo gave the directive at a town hall meeting in Uyo, Akwa Ibom which he visited as part of efforts to end the Niger-Delta crisis.

Osinbajo asked the minister of state for Petroleum, Dr Ibe Kachikwu to begin the process of engaging the international oil firms to ensure the directive is adhered to since it was the right thing to do.

He revealed that the petroleum ministry was working with the oil firms working on illegal refineries to establish modular refineries to achieve the desired result.

He further noted that the ministry of Petrolum and the Presidential Amnesty Office are doing their best with state governments in the Niger Delta to the benefit of the youths in the area.

Emphasizing that the government was committed on the Ibaka deep Sea port project, he added: “Indeed as a matter of fact, in the 2017 budget there is already a provision for the Ibaka port. There is already N1billion provision.

“It is a matter we take seriously to partner with the Akwa Ibom state government.”

He also pleaded with the region to attract private investments in their domain in order to boost employment for the youths.