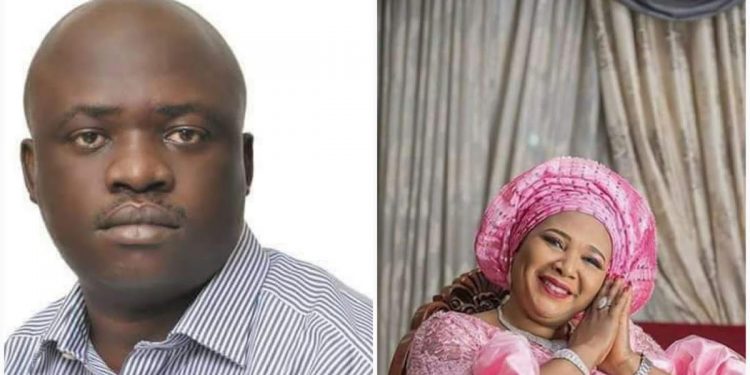 A mild drama took place yesterday, at the Anambra State House of Assembly, as the two factional Speakers, Mrs. Rita Maduagwu and Mr. Ikem Uzoezie, struggled to occupy the seat of the speaker.

The convergence of the lawmakers followed the vacation of the order sealing off the assembly premises by the police on Wednesday.

At about 11:00a.m, Maduagwu came into the House Chamber with three members. She sat on the speaker’s seat and left, after a man in suit whispered to her. She walked out, entered her official car and left the complex.

Shortly after she left, Uzoezie came in with seven members and sat on the speaker’s seat and, also, left when the deputy speaker said they should go to the executive chambers for discussion.

However, trouble ensued when Maduagwu returned to the House Chambers and was on her way to the speaker’s seat, when Uzoezie, who was still in the Chamber, rushed and sat on the seat before her.

Maduagwu stood and asked Uzoezie to leave the seat for her, but, her words fell on deaf ears. Their exchanges brought other members to the table.

After some minutes of altercation, some of the members, who felt ashamed, especially the Majority Leader, Jideofor Okoye, urged the members and the two speakers to move to the executive chambers for discussion.

After much persuasion, the two speakers and members present went out of the chambers.

Daily Sun gathered that members of Uzoezie’s faction, which were more in number, yesterday, were in the House to ensure that the Maduagwu faction did not sit as their matter was already in court.