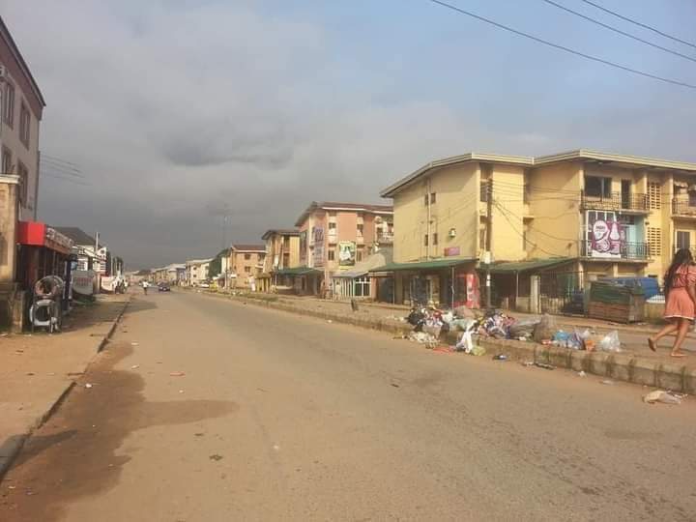 IPOB’s enforced sit at home is both an Economic disaster and a political master stroke. Depending which angle you are interested to look from.

That a group can ground more than 5 states at will, a group banned by the state.

I have read people argue that that IPOB employs violence to enforce her stay at home. From the little evidence I have seen, yes violence and threat of violence plays at important role however, this opens another portal of analysis.

Simply put, the state do not have the resources to protect her citizens in the face of said IPOB threats. That’s another failure.

Any sensible person understands the prevailing political thought in the SE. Thoughts moulded by life experiences and ongoing events

Tragically, it appears that the so called elected political actors in the South East appear not to be in tune with this prevailing mood, deliberately scoring unneeded own goals and gifting IPOB the political initiatives.

The recent visit of Buhari to Imo was a diaster. Empty streets ?

The recent calls and praise from Governor Umahi which has all hues of lies and sycophancy!

The response from Wike which was a put down on Umahi.

Too numerous own goals.

When political office holders continues to goof big time, they gift IPOB the political initiative on a free plater.

I just read that IPOB has declared Next Tuesday as a sit at home to commemorate the invasion of Kanu’s ancestral house. That is a joke taken too far.

Very soon IPOB will declare everyday a sit at home! This group is now behaving like a child who finds himself in a candy shop and cannot manage his good luck. Totally unhelpful, unnecessary and arrogant.

Unfortunately, political office holders are not helping issues with their disastrous Behaviours.