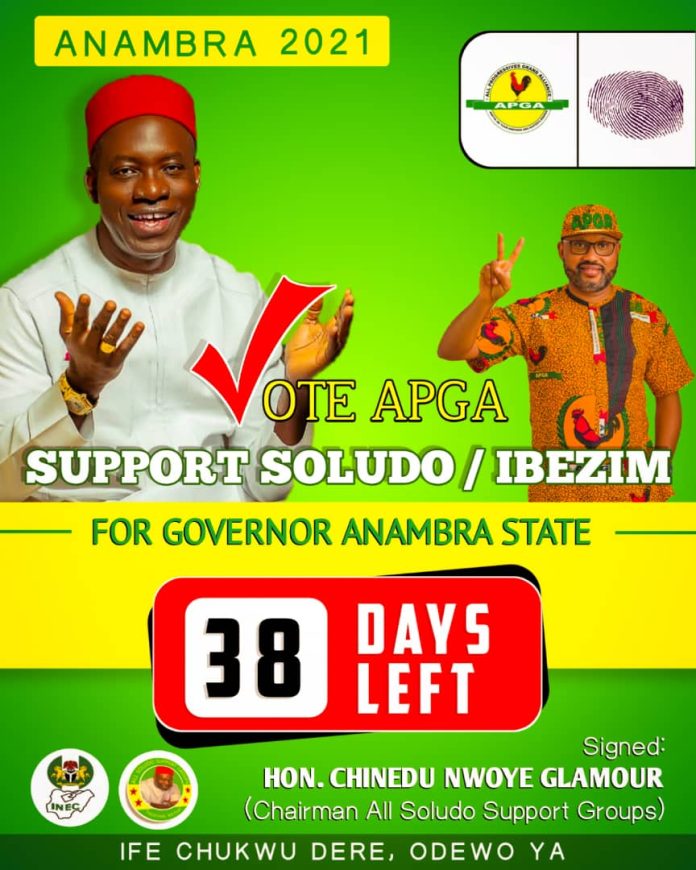 The leadership and Ward Coordinators of Soludo Fan Club (SFC), one of the over 50 Support Groups rooting for Prof Chukwuma Charles Soludo’s governorship bid, met with him at his campaign office, Awka, Tuesday, September 28, 2021 ahead of the gubernatorial poll

The group led by Engr Julius Chukuwemeka told Cee Cee Soludo that their visit was a follow-up to their earlier visit at his country home in Isuofia to intimate him about the activities of the group and its preparedness for the November 6, gubernatorial election

Engr Chukwuemeka also told Cee Cee Soludo that the group has printed some souvenirs which has been massively distributed to the people in support of governorship bid.

Responding, Soludo thanked the group for their support. He further appreciated them for aligning and believing in his cause to work for Ndi Anambra as well as his vision to take the state to a greater height

Cee Cee Soludo also took a swipe at the opposition who have been campaigning of taking Anambra State to the centre, adding that he is already at the centre while his opponents are aspiring to come to the centre

Cee Cee Soludo also used the occasion to throw more light on his manifesto, stressing that the manifesto is his contract with Ndi Anambra. He added that everything in the manifesto has been carefully thought through, covering every sector of the economy, towards making the state a ‘livable and prosperous homeland’ for all.

Soludo therefore urged the group to go to their various ward and local government to mobilise and sensitive the people towards voting Soludo/Ibezim in the coming guber election overwhelmingly!