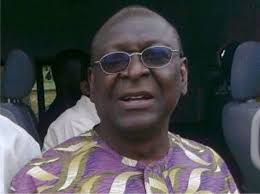 Anyone asked the meaning of Governor Obiano’s reelection could answer by saying that, “One good term deserves a second.” They would be right. But such an answer pleads for amplification. My younger sister, Mrs. Anne Offor, phoned to say “Congratulations.” In the small talk that followed, she said there was never an impulsion on her part to listen to the diatribe on radio that passed for political campaigns. She had no cause to attend an Obiano rally. She saw no point in busybodies preaching to the converted. She knew that her vote was for Obiano. Why?
My sister’s answer was the same as proffered by thousands of retirees in the state. With an honours degree in Mathematics from the University of Nigeria, Nsukka, she went into teaching the subject at secondary school level. When she turned 60 during March 2017, mandatory retirement beckoned. “I got my gratuity less than two months after retirement. I’ve since been regularly and promptly collecting my pension, while in many other states workers are committing suicide for non-payment of salaries,” she explained. “That settled it for me. No further campaigning was necessary. My vote was for Willie Obiano.”
Willie Obiano is an empathetic leader. He is on record as saying that it was sinful not to pay workers their salaries as and when due. Even before becoming Governor, he turned over his vast estate in Aguleri to relief workers for the accommodation and comfort of flood victims. As Governor, he established proper platforms for giving a meaning to the lives of the physically challenged. Those with shattered limbs were fitted with prosthetic alternatives. Those with the necessary qualifications were given automatic employment. In discussions with him, he was always emphatic that governance had to run on the wheels of humanity. The problem of the collection of illegal levies and taxes was a knotty one. Yet he forbade the use of brute force on violators of the law. “No one should be hit; nobody should be beaten up. Offenders must only be arrested and prosecuted,” he maintained.
Governor Obiano has gradually been removing Anambra from the warp of kill, mangle, trample, strangle and obliterate. He has been building a kinder, gentler society way removed from the impunity of past unconscionable political leadership. He chased the kidnappers away, vowing to remain awake in order that his people would always sleep with both eyes wide shut! Rice, a staple food in these parts, always seemed like cultivated only for the affluent. He got his people Anambra Rice. He deployed time into ascertaining not just what the people wanted but, more importantly, what was inevitable for their individual and collective fulfillment.
The rational assumed that his second term of office was a fait accompli. The problems materialized precisely from that time in point. Those responsible for establishing a zoning system for the Anambra governorship seat to move in turns from one Senatorial district to another turned abruptly around and swore to disrupt and overturn the acclaimed arrangement. Politicians desperate to elude pursuers of ill-gotten lucre swamped what they tagged “Party of the National Grid” and vowed to orchestrate the very death of APGA, the only national political party rooted in the Igbo country. People deserving of checking themselves into prison for long stretches over multiple criminal infractions suddenly became the toast of expired politicians striking poses as kingmakers with oracular prowess. The din was overwhelming. The injustice was stultifying. From sunup to sundown they had a changeless song in their vocal cords – that of traducing Willie Obiano. If he spent a Kobo on a life-saving gadget for the State’s Teaching Hospital, they would post on the Internet that he had blown a hundred billion on choice wines. Even if he flew up to Abuja in a commercial flight and displayed his boarding pass for all to see, they would claim that he had chattered four aircraft for the 35-minute hop into the nation’s capital. The lies went ballistic on people’s senses.
There was also the sacrilege. They organized what was termed a political rally and used it to set ablaze bales of cloth bearing the image of General Ojukwu. Would anyone try that of Chief Obafemi Awolowo in the Yoruba country? Would anybody attempt that of Sir Ahmadu Bello in Arewaland? All sorts of characters deluged Anambra State, speaking at its people. The fact that Governor Obiano kept a cool head all through the impertinence and provocations, the fact that his people maintained the peace in the name of democracy, and the added fact that, in victory, neither Obiano nor APGA has been triumphalist, is a testament worthy of understanding. Anambra is not for pushing around. Ndigbo are not anybody’s second-class citizens.
The vanquished may now go into hibernation, licking their wounds, utterly humiliated, politically terminated, and their bloated egos comprehensively eviscerated. Governor Willie Obiano’s electoral victory means that the fate of Ndigbo is squarely in their own hands.
 Chuks Iloegbunam is the chairman of Governor Obiano’s Media Team.