The Soludo Promoters Forum (SPF), has directed all its members across the 21 Local government in the state and in other formations across the globe to observe a seven-day of mourning in memory of the gallant police officers who lost their lives in an attack against Soludo at the Civic center in Isuofia, Aguata local government, Anambra state. All scheduled outreach programmes are also put on hold. 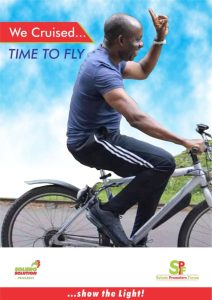 The National coordinator of the Forum, Mr Joe Anatune gave this directive after a crucial meeting with the executive members of the Forum

Mr Anatune said the need to declare a seven-day mourning period for the gallant police officers became necessary, according him, ‘the officers paid the supreme sacrifice in the line of duty, and SPF therefore recognizes them as heroes’

He said the sacrifices made by the gallant officers will never be forgotten. He described them as real professional policemen who stood by their principal and died protecting him

He affirmed that the Forum has already commiserated with the immediate families of the fallen heroes.

He also joined the clarion call for the immediate and unconditional release of Mr Emeka Ezenwanne, Commissioner for Public Utilities who was abducted by the attackers at the event

Anatune reiterated that SPF will continue to work hard as the gubernatorial election approaches and will not be dampened by the unfortunate development.

He stated that the Forum’s ultimate goal is to ensure total victory for Soludo come November 6, 2021