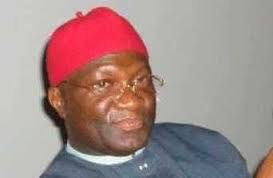 The United Nations has insisted that Nigeria would remain one and indivisible nation, as it expressed delight on the role Ohanaeze Ndigbo and other leaders of the South East played to douse the tension raised in the region a couple of months ago.

Protests staged by pro-Biafra groups who were demanding self-determination had raised great concern in the South-East zone, prompting the apex Igbo socio-cultural organisation to write to the United Nations.

Consequently, the Secretary General of the United Nations, Mr. António Guterres, responded to the Ohanaeze Ndigbo letter, with a promise to send a delegation to meet with the group.

The UN delegation led by the Special Representative of the Secretary General in West Africa and the Sahara, Ambassador  Mohammed Ibn Chambers, visited the Ohanaeze Ndigbo President General, Chief Nnia Nwodo and other principal officers of the organisation in his Enugu residence, where the world body thanked them in the manner they handled the crisis that erupted in the region.

Chambers said: “We, indeed, came to commend them for the leadership they demonstrated a few months ago. We were all getting a bit worried about events and developments in the South East of Nigeria, but thanks to their leadership and their initiatives, they were able to bring together the chiefs, the political leaders in governance, the respected persons of the South East and through these interventions, we now saw that calm was restored and all are working to advance the one Nigeria agenda.”

He said the Secretary General of the UN “believes in this one Nigeria project because as he has always said, a united strong Nigeria is good not only for the people of Nigeria, but indeed for the people of West Africa and all of Africa.

“We know the strength that the people of the South East bring to Nigeria and the sub-region. There is hardly a single country in West Africa where you will not find enterprising persons from the South East, who are in their own rights economic ambassadors of the Federal Republic of Nigeria.

“So, our simple message is to encourage the leaders, the elders of the South East to continue to endeavour to seek ways they can work with  all other parts of this federation to strengthen the unity of this country through constructive approach, seek dialogue to redress whatever shortcomings that may be.”

Chambers  noted that there were bound to be some structural imbalances in young democracies and young countries such as Nigeria, pointing out that the correct way to address them was through deepening the democracy everyone had embarked on by trying to accommodate one another.

“So, in this spirit, we came and in this spirit we are leaving. This will be a continuous dialogue from time to time. Whenever we are in Nigeria, we will always look forward to coming back to exchange and pay respect to the leadership of Ohanaeze Ndigbo,” he said.

The UN envoy  said he was honoured and extremely pleased by the warm reception given to them by Ohanaeze Ndigbo, which he said, on a short notice, had assembled some high profile members of the organisation to receive them.

Flagging off the interaction with newsmen, Nwodo disclosed that on July 10, Ohanaeze Ndigbo wrote “to the Secretary General of the United Nations about the security infrastructure in our country as it pertains to Ndigbo,” adding that the UN Secretary General replied on  October 10, and indicated that he was sending his representatives for West Africa and the Sahara to see them.

Nwodo said they had fruitful and frank discussions with Amb. Chambers,  who he said assured them that “the United Nations represents the prevention of conflicts, represents promotion of development in a manner that improves the quality of lives and prevents conflicts while supporting protection of human rights.”

He, therefore, urged the United Nations to be alive to its responsibilities to members of the organisation as it pertains to Nigeria and Ndigbo.

He thanked the United Nations for sending such an important delegation to discuss with Ohanaeze Ndigbo, while wishing them well, as they return to their base.