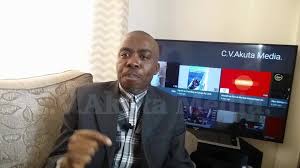 The emergence of the “unknown gunmen and women” at the South Eastern part of Nigeria is an evil wind that will blow evil, terror, deaths, pains, blood, and hardship to all. The fearlessness and ferocity of their attacks on the Nigerian security services and establishments speaks volumes. Mostly the security services (the Nigerian Police and Army) have been at the receiving end. Most of their personnel have paid the ultimate sacrifice. Notwithstanding the fact that many South East personnel of these security service are part of those killed.

The author saw a video of an old woman from Anambra State crying because her daughter who was a police personnel was killed by the unknown gun wo/men. Former Governor of Central Bank of Nigeria, Prof Chukwuma Soludo was attacked on 31st March 2021 and three of his mobile police security personnel killed. Imagine the shock, sorrow, sadness on the families of those police officers killed and on the families and friends of Soludo on hearing the news of the attack.

Several police and military check points have been attacked, police and military vehicles burnt. But the big shock to everyone was the attack on the Owerri Prison (Correctional Facility) and the Nigerian Police Headquarters Owerri on Easter Monday 5th April 2021, this is in addition to the release of one thousand eight hundred inmates (1,800) from Owerri Prison.

The audacity to lunch attacks at these premises are highly worrisome to say the least. Ordinarily one would expect that these places (Owerri Prison/Correctional Facilities and the Nigerian Police Headquarters Owerri) will be heavily fortified and defended, but the reverse was the case. During his tour of the places damaged, Governor Hope Uzodimma was asked by one of the reporters that the police did not attempt to repeal the attackers. Another issue was the failure of the directorate of state security services (DSS) from having intelligence reports ahead of this attack.

These attacks have simply exposed the underbelly of our security services and further demystifies them. Things are fallen apart. But it is also a failure of leadership to train and equip them. There appears to be a crack on their wall. If they cannot defend their own headquarters and themselves, then it’s obvious they cannot defend and protect the citizens. On the other hand if these “unknown gun wo/men” succeeds in their adventure to drive away the security services then anarchy and lawlessness automatically sets in. This is the more reasons why the security services must be trained and sanitized of bad eggs, and their rules of engagement changed.

Releasing prisoners from Owerri Prisons/Correctional Facilities has created a serious security challenge to all the people of Imo State and beyond. Those criminals until apprehended will be a serious security risks and threats to others. Crime rates might likely skyrocket, insecurity will increase, investments will reduce, hardship will increase. Everyone is affected one way or the other. With the current scenario, the federal government is likely to respond by deploying more security personnel to the South East. This is a zone already over saturated with police and military check points. Imagine more stop and search check points being added. Taxi and bus drivers will be under extortion. Okada drivers will be paying tolls at each checking points. In turn they will transfer the cost to their passengers, the passengers will transfer these costs to their goods and services. Cost of living will rise. Hardship continues. It is a lose lose situation. Even the “unknown gun wo/men” will lose in the present scenario.

These “unknown gun wo/men” are human beings. Someone must know them. Whoever knows them should pass on this message that whatever their grievances, violence, killings, destructions have never solved any problem in this world. Problems are solved on the round table. Wars end on the round table. Jaw jaw is far better than war war. Any action or inaction that puts your people on the firing line is counterproductive. On the hand, every peace loving person must condemn all these acts of destruction. The authorities at both federal, state, local government, and community/village levels must begin discussions on how to improve security of lives and properties. The government must act because they are not even safe anymore.