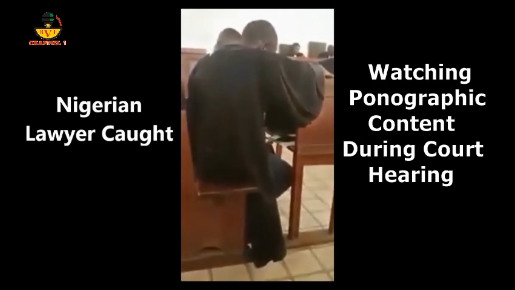 Two young legal practitioners were caught discreetly watching a p*rnographic content in the court room as a hearing progressed.

According to social media reports, two male counsels were pictured enjoying a visual of a scantily-clad curvy lady twerking on their Smartphone.
The incident reportedly took place in DC Congo. The lawyers were oblivious of the fact that their discreet actions were recorded on camera by a third party.
The leaked video has gone viral and nosy people are making frantic efforts to unveil the identities of the counsels involved in the questionable act.