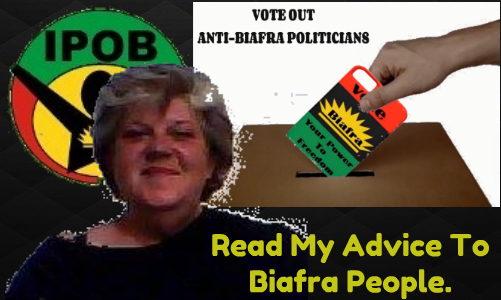 But Biafrans?….. Biafrans get insistently warned not to register for election in Nigeria. WHY?
Because they have such stupid leaders who shout from the roof tops ” We don’t vote because we are Biafrans and not Nigerians.” And later, the same people shall lament that nobody is working in their interests and all politicians are their enemies.
They should give us just one good reason, just ONE or shut up for good.