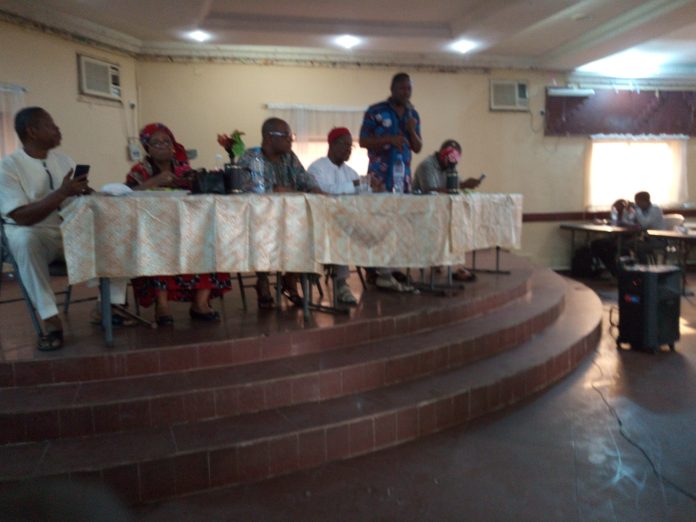 Communique issued at the end of the ADF New Year Retreat held at crystal Palace Hotel ,Enugu on 4-5th January,2019 .

A Two-Day Retreat under the auspices of the Alaigbo Development Foundation (ADF) with the participation of representatives of several pan-Igbo and pro-Biafra organizations as well as major stakeholders in Alaigbo was held at the Crystal Palace Hotel, Enugu

The Retreat was organized in view of the raging debates on the forthcoming 2019 Federal Elections in Nigeria and its impact on the Future of Alaigbo. Invitations to the Conference was extended to His Excellency Mr. Peter Obi, the Vice Presidential Candidate of the Peoples’ Democratic Party (PDP) and His Excellency Dr. Ogbonnaya Onu, the Honorable Minister of Science and Technology and a Chieftain of the All Peoples Congress (APC). Both men were invited because they are major players in two of the frontline parties –the PDP and the APC, and above all, they are sons of Alaigbo known for their patriotism. The Conveners – the ADF, however regret the inability to invite other sons and daughters of Alaigbo who are contesting for the Presidency of Nigeria.

The participants first reviewed the debate surrounding the anticipated impact of the 2019 Elections on the Future of Alaigbo and whether Ndigbo should participate in the Elections. Special note was taken of the alarming undemocratic measures which the Party in power, the APC, has serially taken steps to ensure that it returns itself to power irrespective of the wishes of the Nigerian citizens. These include the failure of President Muhammadu Buhari to sign the new Electoral Law, the posting of Amina Zakari as the Collation Officer in the Presidential Elections irrespective of the objections of the other parties, the active mobilization of security forces ready to clamp down on the opposition elements who may protest against the rigging of the election, the on-going harassment of leading figures opposed to the Government, etc.

The dangers of this apparent determination to rig the election and the implications of these on the peace and security of lives of Ndigbo and their neighbors are too frightening to imagine. 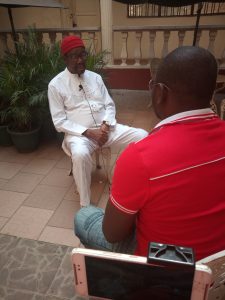 On the second day of the Retreat, participants received His Excellency, Dr. Ogbonnaya Onu, the Hon Minister of Science and Technology, a Chieftain of the All Progressive Party (APC) who had been invited to the Retreat along with His Excellency. Mr. Peter Obi, the Vice Presidential Candidate of the Peoples’ Democratic Party (PDP). However Mr. Peter Obi was unavoidably absent due to flight difficulties from Kano to Enugu.

In his address, Dr. Onu urged the participants for the renewal of the spirit of the accord that pervaded the relationships of Ndigbo and their neighbors especially the North. This, according to him, will promote greater understanding in Nigeria. He explained to the participants the rationale for the things that the current government is doing insisting that foundational developments in science and technology are the sine qua non for any futuristic enthronement of Nigeria in becoming a first world country. He however, urged Ndigbo to vote for his principal. He congratulated ADF leadership for the wonderful work they are doing to advance the cause of Igbo Unity and Progress.

In response, the participants expressed serious reservations on the sincerity of the current administration in view of its 7% disposition in appointment of Igbo sons and daughters, the conversion of the security apparatus to a sectional instrument and skewed infrastructural developments of Alaigbo. The participants also expressed grave concern over the inability of Mr President to govern, the escalation of Boko Haram conquest more territories, the herdsmen insurgency and apparent nepotism in handling his anti-corruption program. The most bizarre is his refusal to face other Presidential Candidates, thereby putting in doubt whether he is actually the man in control of the government.

At the end of the deliberations, the following resolutions were made.