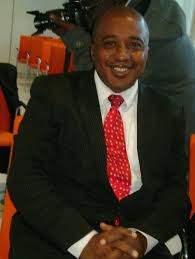 I write to inform all the people who are concerned and worried about the rivers of blood flowing at Oyigbo or Obigbo that Igbo Leaders have taken the necessary steps to restore peace in the place. Surely, peace shall return to Obigbo, in fact, peace is returning to Obigbo now as I speak because we have put the machineries in place to restore peace. It shall be well with the people of Obigbo. Surely, Obigbo shall enjoy its peace and tranquillity again. This peace is achieved by the same Igbo Leaders who Nnamdi Kanu directed his followers to kill, disgrace, bury alive and stone to death! We have taken this step because of the innocent children deceived by the fugitive propagandist. We know that some of the people crying out now were the same people who promoted and sponsored Nnamdi Kanu when the Elders of Biafraland ostracised him from IPOB in 2014 and he formed his own faction. They despised His Lordship, His Royal Majesty, The Honourable Justice Eze Ozobu; they despised Dr Dozie Ikedife; they despised Col Joe Achuzia; they despised Chief Barr Debe Odumegwu Ojukwu, and followed a deceiver. However, we have forgiven everybody who was deceived into the Nnamdi Kanu’s cult.

2. When I heard that Nnamdi Kanu made an announcement on his Radio and placed a bounty of N100 million on the head of Governor Nyesom Wike, I knew that he had put the lives of our children in danger. He forgot that Governor Wike is a Governor with State Power in whom sovereignty resides and who has the power to exercise prerogative of mercy under Section 212 of the Constitution of Nigeria to decide who dies or who lives among the convicted criminals. He forgot that Governor Wike is a Barrister & Solicitor of the Supreme Court of Nigeria and that no lawyer takes a threat to his life lightly. In fact, a threat to the life of Barrister Nyesom Wike is a threat to all lawyers in the world. What does he want the head of Governor Wike for? Now, Governor Wike has activated and unleashed his powers against innocent people who were deceived by a propagandist living in faraway Europe!

3. I remembered that when Nnamdi Kanu boasted some years ago that he would go to Abuja and behead President Muhammadu Buhari and bring Buhari’s head to Umuahia, the President could not take the threat lightly and therefore sent some Pythons to dance in Nnamdi Kanu’s compound leading to the death of about 350 innocent people even though he reported 28 including his dog. Obviously, Nnamdi Kanu does not understand the powers of sovereignty conferred on a president or governor.

4. My heart is bleeding. I write this message from my heart like a grieving father. Sometimes I blame myself for creating IPOB which has been counterfeited into something else. However, it is a well-known fact that thieves of intellectual properties are only interested in counterfeiting good products. Therefore the original IPOB is a good product which the thief of my intellectual property has counterfeited. All the Governments of this world know the original IPOB and the persons behind the original IPOB. Therefore, the ECOWAS COURT ruled in the Case No ECW/CCJ/APP/06/16 that Nnamdi Kanu does not have the mandate to represent IPOB. Of course, he can represent the limited liability company he registered in the UK but he has no mandate to represent INDIGENOUS PEOPLE OF BIAFRA who have been in Court with Nigeria since 2012. The operational name of the original IPOB is the Customary Government of Indigenous People of Biafra (CGIPOB). It is a Government that exists under Customary Law and recognised by the Nigerian Constitution and activated by the Deed Poll of Customary Governance registered under the Nigerian Law just like the Sharia Government in the North exists under the Sharia Law and recognised by the Nigerian Constitution. Therefore, any faction of IPOB that is not recognised by the Customary Government is fake.

5. Sometimes I blame myself for creating IPOB and accepting Nnamdi Kanu into the Movement. Some people have advised that we should remove the name of IPOB from our name because Nnamdi Kanu has counterfeited and damaged the name. It is like advising Nigeria or Britain to remove the name of the Naira or the Pound Sterling because criminals have counterfeited the name of the currency. Well, the mistake has been made but it can be corrected. The name, INDIGENOUS PEOPLE OF BIAFRA, is the name I coined for all the remnants of Biafra who were not consumed in the war. It is by this name that we commenced the case between Biafra and Nigeria in 2012 in the Suit No FHC/OW/CS/102/2012 in which we sued in a representative capacity because Biafra is not yet sovereign. The name was abbreviated to IPOB by Dr Dozie Ikedife in 2013. It is the name of a non-sovereign nation. It has no membership but subjects of a non-sovereign nation with indigenous database holding its population just like Nigeria has no membership but citizens and its national database. Any person who says that he is a member of IPOB has been deceived into a cult.

6. The political movement for the Biafrans with membership structure established by a legal instrument under the Nigerian Constitution is the Movement of Biafrans in Nigeria otherwise known as MOBIN which has submitted the Biafran Memorandum to the Nigerian Senate for Devolution of Power to the Regions to create Regional Autonomy for all Nigerians. MOBIN has a membership register and not citizenship database. The Biafran activists who believe in the legal methodology of self-determination consisting of the judicial, political and diplomatic processes are enjoined to apply for membership of MOBIN at www.mobinbiafra.org

8. We have made it clear to the Nigerian Government and the Governments of all the countries of the world that we are Nigerians by citizenship but Biafrans by indigenous identity until we gain independence from Nigeria. This is the position of international law for a non-sovereign nation whose children are scattered in all parts of the world. Nigeria is bound by the rules of both national and international law to protect the lives of the Biafrans living in Nigeria. The Biafrans who believe in us are advised to visit the Customary Government website at www.ipobgovernment.org and put their names in the database and contact us by email addressed to info@ipobgovernment.org for further information.

9. The Biafrans in Obigbo or Oyigbo are Nigerians by citizenship but cannot deny their indigenous identity as Biafrans. At the moment, Biafra does not have a delimited and delineated territory but it has a defined people. Biafra is a nation but not yet a nation-state. Our people must understand this fact and rule of law and stop being destroyed for lack of knowledge. The place known as Oyigbo or Obigbo is a Nigerian territory by law but there are Biafrans living there. We are not contesting the Oyigbo Territory with the Nigerian Government for now until our case comes for determination in the Court of competent jurisdiction. If the Senate grants our demands as contained in our Memorandum and restructures Nigeria into Regional Autonomy, Oyigbo shall belong to the South-South Region. The lives of our children must not be sacrificed because of the foolishness of Nnamdi Kanu who lives abroad and deceives them with false propaganda. We have therefore requested Governor Wike to sheath his sword and spare our children. In my capacity as the founder and creator of the entity known as INDIGENOUS PEOPLE OF BIAFRA, I apologise to Governor Wike on behalf of the Biafrans who believe in us for the insult and threat to the life of the Governor by the person who has placed a bounty of N100 million on the Governor’s head.