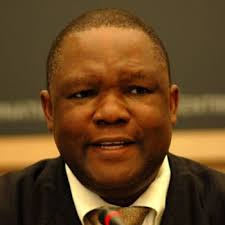 You never know the value of freedom until you’ve lost it. The hard-won freedoms that our fathers bravely fought for are being systematically eroded in our country today.  Evil swaggers across the land like the proud harlot of Babylon. I have borrowed the title for my piece this morning from the novel by the 19th century Russian novelist Fyodor Mikhailovich Dostoevsky. His 1864 novel recounts the story of a retired civil servant in St Petersburg who goes underground to meditate on the existential absurdities of life in his country. My gentle readers will forgive me if my article bears some resemblance with the incoherent ramblings of Dostoevsky’s anti-hero.

Today, Monday, September 14, I am to appear for the third time before The Men in Black at their Jos Command Headquarters at 11.00 am. The first time I received the summons, which was about a fortnight ago, I was alarmed – in fact, terrified. I have never slept in a cell ever in my life. Never had a case involving the police. I have visited nearly a hundred countries in the course of my international career and have lived in Europe, North America, West Africa and the Maghrib. I handled sensitive jobs involving billions of dollars. I have no criminal record anywhere.

Let me be transparently honest, the Department of Security Services people have treated me with firmness, but with professionalism and decorum. But I went into the Lions’ Den with great trepidation. Images of the late Chief Moshood Kashimawo Abiola collapsing and dying after taking a cup of tea came to my imagination. Countless, nameless compatriots have disappeared in those dungeons. Others have come out maimed and damaged for life. I have been told that somewhere in Kirikiri Prison in Lagos, there is an underground dungeon with a fence separating the prisoner from killer crocodiles. Once in a while the fence is removed and the fate of the prisoner is sealed forever in the belly of those monstrous reptiles.

I have received serious warnings that my revelations have angered some members of the political class to the extent that they want me physically eliminated. I have been warned to beware of polonium poisoning and sharp objects concealed in chairs. I know that killer squads have been paid undisclosed sums to hunt me down and to have me despatched to Elysium. I have been told that some dark forces want me in their net so that I would be poisoned by gas administered through an air conditioner. When I am getting weak and delirious, a fake doctor would be brought in to administer an injection. That injection would be my death sentence. The other day, shadowy creatures turned up at midnight at my hide-out. I had to scale the back fence and disappear.

I am a writer, intellectual and international consultant. Every minute of my working day is committed to doing serious work. Hours spent running up and down with the security agencies constitute a painful waste of my precious time. I am obsessive about cleanliness and personal hygiene. Hell, for me, is a room full of dirt, muck, bedbugs, mosquitoes, cockroaches, rats and wall geckos; without a reading lantern and without my precious collection of books and Mozart playing in the background.

I am not normally given to fear. My wife accuses me of being her greatest security nightmare with my total indifference to the threat of death. I love life and I cherish my family and friends dearly. But I fear no man – not even those who can take my physical life. God helping me, I shall live to be more than 100 like my forebears before me. My grandfather and my father lived beyond 100. It’s in our DNA. My grandfather Baba Gambo Galadima lived to be 115. He only went to join our venerable ancestors in 1992. Until his death, he had the sharpest intellect I know. He was a very handsome man in his youth, with the unmistakable gait of the warrior that he was. He maintained a regal and dignified royal bearing all his life. The British imperialists were wise enough to co-opt him as an officer of the Colonial Constabulary. By the time of his death, all of Grandpa’s 32 teeth were firmly in their place. He had no wrinkle on his brow. And his intellect remained as sharp as a razor-blade. The only downside was that his eyes were failing and his movement was slow. I once asked him the secret of longevity. He had only four recipes: fear God; never bear false witness against anyone; watch what you eat; and never look at another man’s wife. His words of wisdom have been my guide and moral compass.

What perplexes me in my current travails is that I did not say anything that has not been said before. A prominent Sheikh recently said worse things; even pronouncing a curse on the political elites and daring them to come and arrest him. I am wondering if my persecution is not because I am a Christian or because I am from the Middle Belt. Only two former Governors are currently in prison for corruption. Both are Christians from the Middle Belt. What they stole combined is less than N2bn, as contrasted with the N18bn one Governor from the North was alleged to have stolen. The man is going about freely enjoying his loot. I will not stand behind anyone who has defrauded the state. But it seems clear to me that the administration of justice in Nigeria is sectional, religious and ethnic in its bias. It is contemptible.

Like Martin Luther King Jr, I am a believer in nonviolence. But I also believe that conscience is an open wound. The martyred German theologian Dietrich Bonhoeffer believed that whenever a madman is driving a truck heading towards little children, it should be our duty to stop him. In our Nigeria of today, thousands of defenceless children, women, the elderly and youths are being killed by genocidal insurgents, murderous bandits and marauding herdsmen militias. And yet, the whole world is silent. We have all been cowed into silence. Today, the spirit of fear reigns over our country like a nuclear mushroom cloud. Bonhoeffer once declared: “Silence in the face of evil is itself evil: God will not hold us guiltless. Not to speak is to speak. Not to act is to act.”

For standing up for the oppressed, the bloodhounds are out for me.  Out of The Daily Trust stable where I once served as an Editorial Board member, venomous editorials and articles have been written against me. My enemies have cast aspersions on my person, qualifications and character. I was surprised, if not dismayed. They seemed more concerned about giving a dog a bad name and hanging it, rather than considering the message of the dog. They have clearly exposed themselves for what they are. They obviously do not care about the thousands that have been killed. Their only worry is that we have exposed the evil plans of the Global Jihadists who want to kill millions of defenceless Nigerians. The blood of the holy martyrs will judge them!

Throughout my ordeals, I have received a groundswell of support from Muslim and Christian youths across the country. They believe that my voice is their voice. Muslim clerics have been praying for me. Clergy and laity across the Churches, the Nigerian Diaspora and throughout the world have held vigils for me. Widows and orphans have fasted and prayed for me. If I stand before the Pharaoh today with courage and strength, it is thanks to them. Without meaning to, I have become the voice of the holy martyrs of our God. If I perish, I perish!