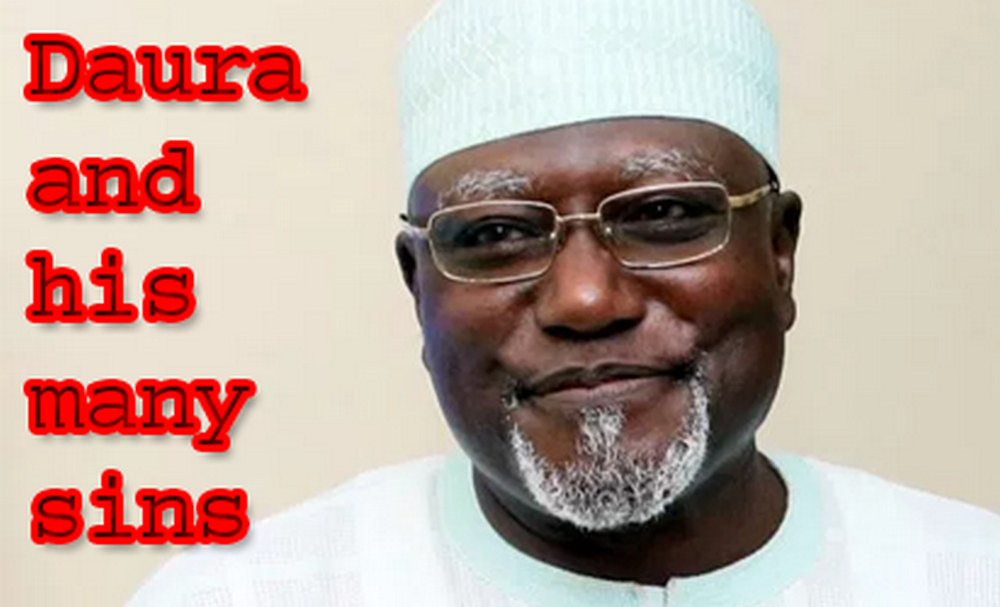 Ibrahim Idris, inspector-general of police, is seeking the permission of Acting President Yemi Osinbajo, to search the residence of Lawal Daura, sacked director-general of the Department of State Services (DSS), TheCable can report.

Osinbajo ordered the dismissal of Daura on Tuesday following the invasion of the National Assembly Complex.

The acting president had summoned Daura and Idris to the presidential villa in Abuja over the raid of the parliament.

Daura was later handed over to the police and whisked away to the Federal Special Anti-Robbery Squad (FSARS) in Abuja while Mathew Seyeifa, a DSS director from Bayelsa who is next in line to him in the order of seniority, was appointed head of the agency in acting capacity.

In a letter seen by our Reporter, Idris said Daura is currently under house arrest in Abuja.

He said an intelligence team of the police had quizzed the sacked DSS DG who had made some disclosure.

Idris said Daura claimed that he acted on the intelligence that some persons were planning to smuggle arms into the national assembly but wondered why Daura did not get clearance from Osinbajo or share his findings with sister security agencies.

He wrote: “The principal suspect, Mr. Lawal Musa Daura, was formally arrested and interrogated in line with the allegation made against him.

“Following the interrogation by our intelligence operatives, the following facts emerged:

“That the primary suspect. Mr Lawal Daura, illegally used his position as the then director-general of the Department of State Services to  conspire with his officers and men who wore hoods and masks to invade the National Assembly Complex, thereby preventing members of the national assembly from gaining access to the complex without any element of crime committed.

“The DSS personnel acted like mercenaries hire to carry out execution… There is need to search the houses and premises of all the identified suspects.

“All communication gadgets such as computers, mobile phones and other electronic devices of the suspects will be thoroughly analysed.”

He accused the intelligence officer of conspiring with armed masked men to whip up sentiments against the federal government.

Idris said from the statements the sacked DSS DG made during interrogation, it is possible that he acted the script of “highly-placed politicians”.

Idris also appealed to the acting president to order that those who partook in the operation be released to the police for interrogation.

“It is crystal clear that the principal suspect Lawal Daura may be acting the script of some highly placed politicians to achieve some selfish political goals hence his unilateral and unlawful decision to invade the National Assembly complex,” he wrote.

“As it stands, the principal suspect Lawal Daura is undergoing further interrogation at our facility and is currently placed on house arrest at a private property awaiting further directives from Your Excellency.”